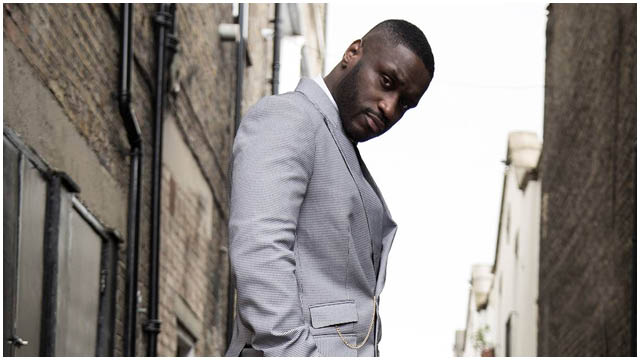 It’s been over ten years now since Lethal Bizzle came onto the scene with More Fire Crew and then dropping his underground and over ground smash Pow (2004).

Since then a bevvy of hits like Leave It Yeah (2012) have followed bringing him a loyal fan base and of course recognition as one the torch bearers of the grime scene who has managed the difficult task of maintaining underground love and integrity while plying his trade in the currently more financially rewarding mainstream sector.

Here Flavourmag talk to the East London native about his next banger in the shape of Fester Skank produced by Distortion and the Fester Skank competition to meet’n’greet Lethal. We also thought that we could not meet a grime stalwart like Lethal without getting some pearls of wisdom (for you guys) on the secrets of success in this musical age.

As a kid I have always been business minded and my mum tells me funny stories of me buying sweets and then selling them for more at school.

When I came into the music business with More Fire Crew I learnt so much in a short space of time and I came to realise that I needed to know more about the business of music; from how people buy music, to how do you put out music-I learnt to do these things without the need for a label.

In terms of Dench, it came about organically. I realised that people would buy clothing that I was wearing. So I thought ‘why am I helping promote other people’s clothes and they are making the money so why don’t I make my own clothing’? That’s how Dench clothing started and it is funny because I did not start the clothing line thinking it will be huge. It all started out organically with me saying the word on social media and the fans started making their own clothes with the word Dench so we thought we need to start this from the ground up properly.

We are now four years in and the brand is growing and getting purchases from all-over the world so it is a beautiful thing and it is financially helpful and it gives me so much freedom particularly because the music business is in such a crisis at the moment.

Lethal: Monetary avenues as an artist.

Music is like an advert, a business card promoting your brand and you. It’s a marketing campaign to get people to buy into you and then you can introduce them to other projects that you can hopefully generate money from.

For a few years now I have had this mentality where I will specifically make a track knowing that I will not make much money from it but I know that if people like the track I can make money from performing on shows, doing tours. It is definitely great to chart in terms of perception because you definitely need to play the game but I have put out records like leafy which was a massive grime record and it is one of the biggest records in my set.

Up and coming artists need to realise that all the money in music right now is in touring and performing unless it is a massive global hit making sales in all the territories allowing you to earn some nice money from royalties. I think fundamentally touring is where the money can be made because you cannot download a touring experience for free, you have to buy tickets and attend the event.  I think touring has always been a way to make money but there is more emphasis on touring due to the way consumers get/purchase music now. Lethal on: Using social media to elevate your brand.

The artists now have the power and social media has given power to the artists.

Back when I started as part of More Fire Crew there was no social media, YouTube did not even exist then. People had to go to Our Price to get records and the relationship you had with your fans happened when you did the shows. Nowadays the artists have the power in their hands. The most important thing they need to do is engage with their audience and build a fan base that is interested in them as a brand. Once that is achieved, you have the power. The social media business strategy is the reason why big labels have had to change the way they approach and work with independent artists because in many ways independent artists can make a name and make money for themselves without a big label.

Lethal on: Planning ahead.

Before I used to run into things with no real plan, just living for the moment but I realise that if you plan ahead you stay ahead. I think three stages ahead and so if I put out a track I will have the follow up track and the follow up track after that already planned. I am working on music for 2016 now so I am working on the strategy maximising the potential of all those releases.

The beat is by Distortion and the idea for the track started when I was in the studio with him and he dropped the beat and I started dancing to it. He was laughing hard and so he filmed me and then I uploaded it to my instagram and all my followers loved the dance.

There was no name for the dance and one of the comments said Uncle Fester in terms of the dance and people were going crazy and we put the video up of me dancing and we had like a thousand comments in an hour and we had thousands of likes.

Distortion and I were like ‘wow’ we need to put this out as a dance track. So we made the track (and it was the most enjoyable track I have made in ages) it took like forty five minutes to make the track from start to finish. We actually made the track this time last year and we were going to release it straight away but Rari Work Out (2014) was just about to come out so we had to push it back. It was actually a good move because Rari turned out to be a massive track.

There is one with this guy, his sister and his granny but there are so many funny ones the response has been phenomenal.  We wanted to get the fans involved so we are doing the Fester Skank Awards so we have a couple of categories-most random skank, the sexiest skank and so forth. So definitely I want all my Dench followers and my Fester Skankers to get involved in the competition!

FESTER SKANK OUT ON THE 12th