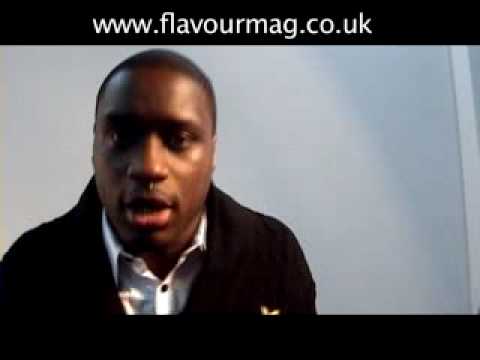 Lethal B tells us all about swaggizzle style, his rowdy O2 Academy tour and how he is giving back to the ladies

So today you’re rocking this whole old Hollywood look, have you worn anything like this before?
Yeah, I have done for the MOBOs. I’m not afraid to take it somewhere else.

What’s you’re typical look?
I’m a t shirt, jeans and fly jacket kinda guy. I’m rocking a Philip Klien jacket right now. His stuff is damn expensive, this jacket was £4, 500. He’s a German designer and only stocked in a shop on Kings Road. Keeps it exclusive. I remember when I started wearing the Christian Audigier stuff, soon enough everyone was on it!

Have you always been into fashion?
Yeah, I’ve been a fashion freak from when I was a kid! I haven’t managed to see a catwalk show yet, due to my work schedule. Who knows, I might be in the next fashion week the way I love Phillip Klien he should put me on his runway, I’ve got enough swaggizzle for that catwalk!

There’s a track on my album called Skullz on My Hoodie, which talks about my image and me as a person.

What can you tell us about the new album
Its signature Bizzle. An uplifting, party album that represents me. I’ve got people like Mark Ronson and Donaeo producing. Donaeo did Go Hard the title track. We also worked on tracks called So Addictive and Flap your Wings together. With Flap Your Wings there’s a dance for women to do. We’re actually gonna be looking for the best Flap Your Wings girl to star in the video.

So are you doing more for the ladies then?
Definitely showing more love for my ladies out there on Go Hard. I’ve gotta shout out Donaeo for helping me, you know he’s a bit of a lady-killer! And I’m working on my next album already and there will be a lot more dedications coming out for all the females who’ve got love for me. I wanna show them the respect and attention they deserve.

Would you say your music or the music scene has changed since you came out?
I’ll always say that my roots are in grime but there is so much cross over in music that there’s elements of everything. It’s like what I’m doing, Tinchy, Dizzee- its not grime its something else. We need to think of a name for it! UK urban music is growing. It’s getting back to that stage a few years back when garage acts we’re in the charts. But people on the grime scene need to be open to mixing up their sounds if they wanna progress. Don’t get to political in music and stick to one sound!

You’ve been touring right? How did it go?
I just finished my O2 Academy tour which was sold out all over the country. The audiences’ were crazy. My music so energetic so they know they have to get down. Ladies, don’t come with your best heels on. A girl facebooked me to say my performance was wicked but her shoes got mashed up!

How do you get ready to go on stage?
I always pick the set list close to performance time, see how the crowd responds to my supporting act and tailor my performance for them. So every time is different. The only thing I always do is get a little crunk before I go on. A little Grey Goose, mixed with pineapple juice and other stuff.

Is that your creation?
Yeah, called swell up, swell up, boom, boom, zoom, zoom. Its Lethal language. I can’t translate it but that’s how it makes you feel!

Will you market it?
Maybe, everyone who tries it loves it but the ingredients are a secret. And no one has done that in the UK before. That’s the next level!

Anymore tours planned?
Quite a few next year. I’ve got one with Westwood in January. A uni tour for fresher’s. We did one last year and it was mad successful. Then February/ March I’ve got more Academy tours in the UK. I’m hitting Australia and the States as well. I got a call the other day that Israel wants the Bizzle too! I’m gonna create some hype hype peace in the Middle East!

Most memorable tour spot?
Inverness. The people are real live and its fun cos they don’t often see you in the physical but that place is mad cold!