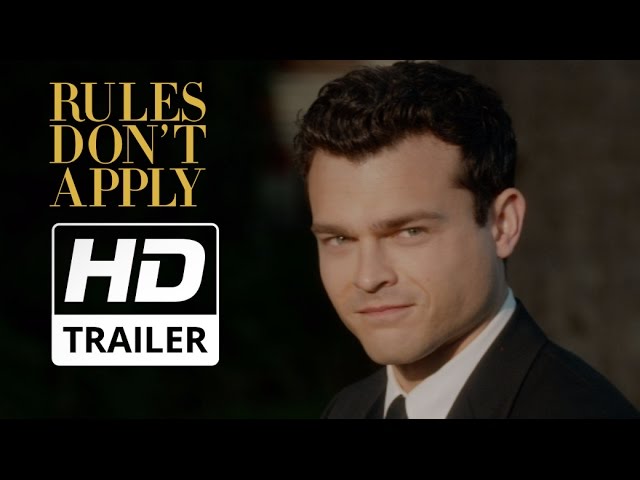 In this new trailer, we see the relationship develop between Marla (Lily Collins) and Frank (Alden Ehrenreich), get a peek at Warren Beatty’s portrayal of Howard Hughes and learn more about why the rules don’t apply…