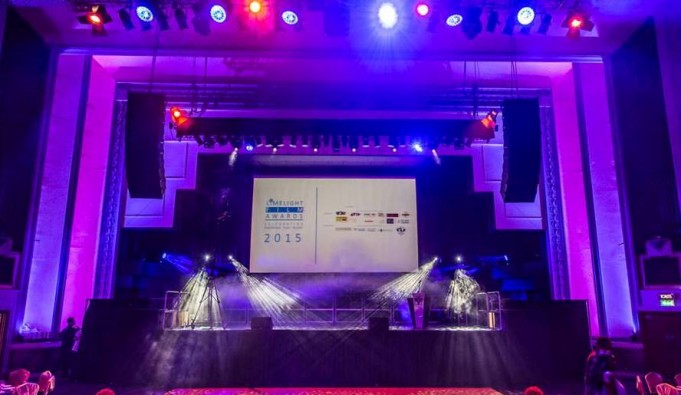 On Monday June 15th, the 8th annual Limelight Film Awards took place at the Troxy in East London, the red carpet awards ceremony was attended by emerging filmmakers and celebrities alike, coming together to celebrate and recognise the talents of our next generation of creative talent.

Each year new and emerging film talents are recognised and celebrated through the awards and one of which is awarded the ‘Film of the Night Award,’ a £10,000 production voucher, providing the winner with high end film making facilities for their next project.

The night kicked off with our amazing Hosts all round fantastic entertainer Kat Boyce (MTV, Choice FM) and TV Presenter Melissa Nathoo warming up the audience and giving everyone a buzz. Throughout the evening, Kat’s energy was amazing and kept everyone’s spirits high. Entertainment came in the form of singing duo, Monroe gracing us with their vocals and the stand out was Bonetics and his crew giving us a dance spectacular and doing things with his limbs that no human should be able to do. The awards presentation kicked off with myself and Actor, Akie Kotabe presenting the award for Best Animation to the film Hidden Heroes directed by House of Talent; the rest of the awards went as follows;

Film Name: Not My Wife

Film Name: My Health My Say

Best School Production Award – presented by Zakir Khan (Canary Wharf) and Karen Bryson (she is the face behind the feisty, sexy, lovable – ‘Avril Powell’ – in the hit TV show, Shameless.)

Best Experimental – presented by Georgia Smith (voice actress & daughter of the legendary WWE superstar, “The British Bulldog” Daveyboy Smith, she also comes from one of the biggest, most famous families in Canada, the legendary, Hart family.)

Best Horror / Sci-Fi Award – presented by Alex Zane (Sky Movies presenter, interviews all the biggest Hollywood stars of movies such as, Fast and Furious 7, Interstellar and Avengers: Age of Ultron. He’s also the host of Sky Movies’ coverage of, The Oscars.)

Best Music Award – presented by Bob & Barn (Film scores, Ad jingles, Scores for TV shows – they do it all – and together they have over forty years of professional experience as composers.)

Best Thriller – presented by Kierston Wareing (Kierston is known for her portrayal of Kirsty Branning in the British soap opera, EastEnders, and starring in Ken Loach’s film, “It’s a Free World” as ‘Angie’. She has been nominated for one BAFTA award and two British Independent Film Awards.) And Silvio Simac (actor from the film, Transporter 3, with Jason Statham and film, Unleashed, with Jet Li)