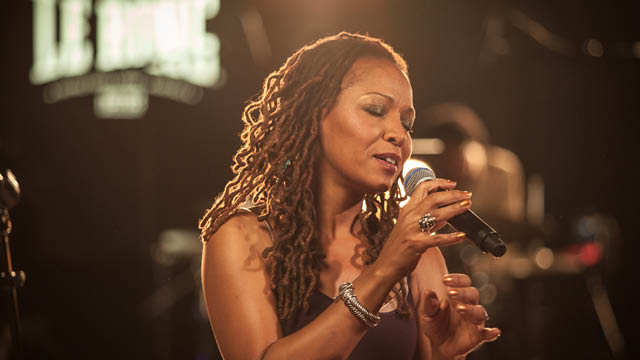 Lisa Simone (only child of Nina Simone) is touring her latest album in Europe and will take up a 3 day residency at Boisdale in Canary Wharf from 19th January 2016, these being the only UK dates on her tour for her new album, out March 5th.

Aside from the obvious intrigue re. her mother, she is a brilliant artist in her own right. Her career in the entertainment industry began over 20 years ago in Frankfurt Germany, while serving her country. Lisa not only originated the Disney roles of both AIDA (Aida), and NALA (Lion King), she won the NATIONAL BROADWAY THEATRE AWARD for Best Actress in a Musical in the lead role of AIDA while heading up its First National Tour, and continued in the role at NY’s Palace Theatre to much critical acclaim (VARIETY/ BILLBOARD), until the death of her mother in 2003.

Lisa was nominated for a GRAMMY AWARD, as a member of LIQUID SOUL, for their album HERE’S THE DEAL, and has continued to blaze a trail from New York’s Carnegie and Town Halls and Australia’s Sydney Opera House alongside Dianne Reeves, Angelique Kidjo, Odetta, and Tracy Chapman, to headlining worldwide jazz festivals in Telluride CO, Montreaux, North Sea, and Paris.

Lisa was a featured performer on the soundtrack from Tyler Perry’s movie FOR COLORED GIRLS, and topped the jazz charts with her Big Band tribute album to her mother, entitled SIMONE ON SIMONE.

Tickets start at £15.00 for a cocktail and show and Boisdale are currently running a special offer Dinner + Show for only £40.00 which would make a romantic and great Christmas present too.

Get your tickets NOW (We are too) www1.boisdale.co.uk