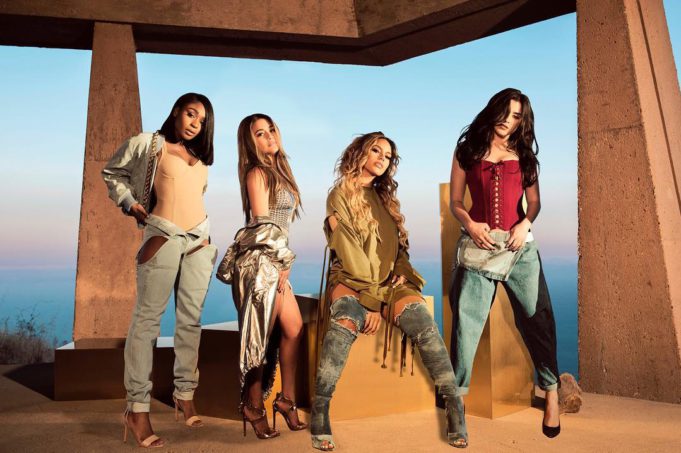 Following months of speculation and anticipation, the ladies of FIFTH HARMONY release their newest single “Down” featuring Gucci Mane!

The worldwide multi-platinum group set off mass hysteria on Monday with the announcement of “Down,” the first of new music since the 2016 release of 7/27.  Ally, Dinah, Lauren and Normani celebrated the release by taking the track straight to the stage, performing alongside Gucci Mane for Good Morning America’s Summer Concert Series.

Their performance in Central Park also included their 4x-platinum smash hit “Work From Home,” with a special appearance by Ty Dolla $ign. “Down” is the first single from Fifth Harmony’s forthcoming third album via Syco Music/Epic Records, and is available now across all digital service providers.

Fifth Harmony has entered the final month of U.S. dates on their year-long sold-out “7/27 Tour.”  The global excursion of some 80 shows began in South America last June-July 2016, then moved on to two months of shows across the U.S., Canada and Mexico before embarking on a month of shows in Europe. Into 2017, there were return visits to the U.S. and an historic Asian itinerary.  The concluding run of shows bring the group to New York’s Jones Beach Amphitheatre (June 3rd), Boston’s Xfinity Center (17th), New London, CT’s Grand Theater at Fox Tower, and the Farmers Coliseum in Indianapolis (June 23rd).