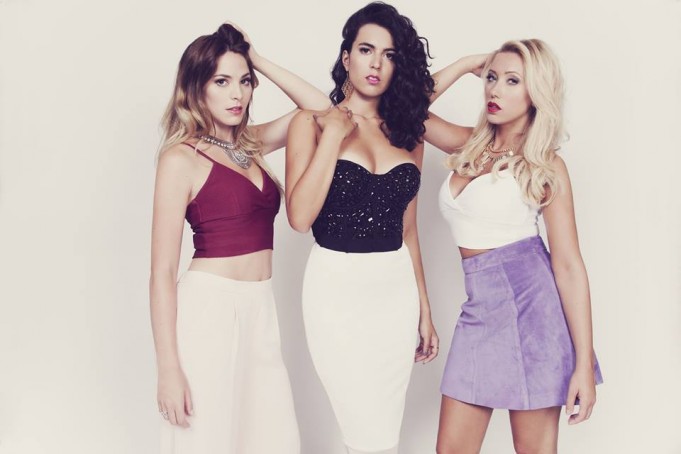 The Roof Gardens’ award-winning Live! nights return in January with a great line-up in store for 2015. Hotly tipped music acts including The Carnabys, a five-piece band set to be the next Brit music sensation; Jessica Alice, a singer with a classy but edgy style, who’s making waves as a UK singer songwriter, and Xploder, a music revelation renowned for his tranquil vibe and light-hearted rhymes – will guarantee another sell-out season.

The live nights include both new and established talent, performing exclusive sets every Friday and Saturday evening from 7pm in the picturesque marquee situated in the Tudor garden.

Live will end on 14th March 2015 with a comedy night – ‘Laughing The Roof Off’, an evening set to entertain all!

Tickets can be purchased on Ticketweb for £15 or on the door for £20 and both include entry to the Club from 10pm.

For more information on upcoming acts for the Live nights, please visit www.roofgardensclub.com/live-music

Supporting DeltAmour on the 21st February 2015 will be: The excitement you got from your first kiss? Prepare to feel that headrush again when you get your first taste of Magalie’s unforgettable pop and her future classic debut single First Kiss.

Magalie shares the swag of Iggy Azalea, the unabashed cheek of Katy Perry and a riotously colourful sound all her own. First Kiss is the introduction to a singer who draws influences from classic girlbands such as TLC and Destiny’s Child via the empowerment of Alanis Morissette and Nirvana, before adding a dash of Prince funk – while still sounding like a singer who could ultimately only be a true British icon.

All that, and Magalie is capable of creating great music in unglamorous surroundings. “I wrote First Kiss in the shower, in my basement flat in Clapham!” laughs the Paris-born, London-raised star. A natural born hustler, by sheer determination the record ended up being finished at the studios of Wayne Hector, the pop writing titan behind One Direction, Olly Murs and Westlife.

Naturally drawn to persevere, via introduction and pure determination, Magalie’s strength as a songwriter was discovered by other writers including Guy Chambers and Taio Cruz, who saw the star in Magalie and supported and mentored her along her journey.

Magalie began songwriting after saving up the money she earned from tips as a waitress. Having worked in sharp London clubs such as Movida and Project, Magalie spent a summer working the VIP section of a south of France club where she served the likes of Pharrell Williams, Puff Daddy, Missy Elliott and David Guetta. “The tips were really good!” notes Magalie. “There were some cool people, but they’re just like anyone else, and they were very quiet.”

It began a journey that took in studios in Atlanta and Los Angeles, working with Destiny’s Child producer HitDent and Dallas Austin’s team while sleeping on friends’ couches and in studios. But there was one problem: “The songs I wrote didn’t sound like me. I was trying to adapt to the surroundings.”

Back in London, First Kiss came almost instantly. “I’m well-travelled, but I pick up on the vibrations in London,” explains Magalie. “That’s what I relate to. But then, London is very diverse, so you get influenced by loads of different cultures here.”

Not that the song was directly influenced by Magalie’s own first kiss: “My first kiss was playing kiss chase at school, and a boy called Gary caught me. Having a boy run at full speed after you doesn’t sound a very romantic story! The feeling I remember was “Woaaaah!” – the adrenaline gets you and you’re quite scared, but you get that even if it’s your friend chasing you down the stairs!”

Born in the outskirts of Paris, Magalie’s family moved to London when she was five. Showing typical determination, Magalie learned English in just two weeks at her new school.

Her Mauritian parents helped nurture a love of music – mum’s love of Bollywood music, dad’s of Mauritius’ percussive homegrown music, sega. Oh, and they both loved Lionel Richie. After an early family talent contest where she sang I Will Always Love You (“I did alright, but ducked out of the long note”), Magalie sang in a duo with her best friend at school, idolising Mariah Carey before her first broken heart caused her with typical teen anguish to investigate Alanis Morissette and Nirvana.

“They caused me to want to write songs,” says Magalie. “I love Mariah, but she’s so perfect, whereas Alanis was so expressive and real. I thought ‘You can actually say this sort of thing in a song? Woah!’”

One glimpse of First Kiss’ video, and it’s obvious Magalie isn’t to be messed with. As at home in bomber jacket and Hype beanie as getting glammed up to the nines, her look is all her own: this isn’t a pop star who relies on a stylist to find her a personality. “The visuals and the sound are part of the same thing,” says Magalie. “My image isn’t something I’ve been told to do, and I think my music sounds like how I look. I used to go into the studio in jogging bottoms, but a producer will struggle to understand your vision unless they can see it for themselves. I don’t have a stylist, because my look is all a part of me.”

Such clarity makes it hard to square with Magalie’s initial doubts about her ability. On the fringes of the cool gangs at school – “I was the peacemaker” – Magalie drifted into working in clubs while tentatively wanting to write songs. The turning point came at one of her earliest studio sessions, when a friend made her pick up a guitar.

“I didn’t believe in myself and I was scared,” she admits. “But people won’t have belief in you unless you believe in yourself. I wanted to try piano, but my hands are so small so I finally picked up a guitar instead.” And once she did? “Well, I have three guitars at home now! I’ve got all the guitarist’s calluses on my fingers. You can’t have pretty hands if you’re a guitarist, so if I’m on a date I put my hands in my pockets or do a Michael Jackson and wear gloves.”

Self-taught, Magalie began by riffing her own song over the top of The Animals’ ‘60s classic The House Of The Rising Sun, soon realising that focusing on paying the bills from her lucrative waitressing stint wasn’t what she truly wanted. “Everyone would ask me in nightclubs ‘What do you want to do, apart from this?’ and I’d say ‘Oh, I sing and I write’, but kind-of joking and not taking myself seriously enough.”

Atlanta, LA and the studios of impressed stellar songwriters have followed: First Kiss is just the start for a singer equally as at home with glorious kiss-off anthem I Don’t Wanna and an uplifting tale of better days to come in Tonight.

Love Criminal’s saga of “my number one love criminal” was written about an ex although, as Magalie blushes: “I can’t remember which guy… He clearly didn’t stay!” Foo Fighters rocker Dave Grohl is Magalie’s ultimate love criminal. “Amazing musician, amazing songwriter, he seems so funny and charismatic. But he’s married, and I’m not a homewrecker! It seems so simple, but a sense of humour and someone who’s charming is what I look for.”

Confidence now fully instilled, Magalie found it easy to choose to be a pop star under her real name. “It’s natural,” she shrugs. “I wouldn’t use my surname, because my friends don’t use that when they’re talking to me – ‘D’you want a cup of tea, Magalie Virginie?’” The confidence has been supported by the support of Zepherin Saint. His Tribe label is home to DJ Angelo, Sister Pearl and Djeff, but Ovation is a new pop home for Magalie. “It’s something completely fresh and so exciting to help build the foundations,” she enthuses. Lucia Evans, is an Irish singer and winner of the 2006 season of the talent show You’re A Star.

Lucia is now living in Galway in Ireland although originally from Bulawayo in Zimbabwe. At the beginning of the 2007 she travelled back to Africa with an RTE crew to Burkina Faso in Africa to make a documentary about children in the developing world.

Lucia Evans’ first single, “Bruised Not Broken” written by Don Black, Wayne Hector and Phill Thornalley and produced by Paul Staveley O’Duffy was released on Universal Records and entered the Irish charts on 20 April 2006 at #5. The song stayed for three weeks in the top ten. Truly Ford is a twenty year old female solo artist from Oxford, who immediately grabs your attention with her outstanding vocal, and sultry stage shows. she has been compared to the likes of Florence Welch and Lana Del Rey and has attained early admiration from London to LA; with recent showcases for Jay Z’s Roc Nation and Def Jam / Island. Festival performances include Truck, Troubadour and Cornbury and plays many shows around the UK. DeltAmour are made up of Cassie, Jessica and Oriana, a new British-Belgian girl group with a numerous of covers that would blow you away. The girls are currently working on new material for this year and even got to perform and couple of them at their Westfield presents gig last month. The band are building up a big fan base on social media and promise to perform to their perfection on the night of the roof gardens gig!

Looking forward to see you there!! x