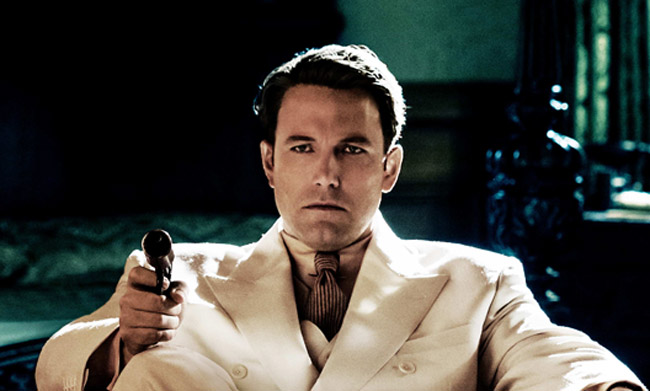 Ben Affleck’s rollercoaster career has hit the heights and plumbed the depths.  So where does his gangster flick, Live By Night, fit in?

Related: The Films of Zoe Saldana

Nearly five years ago, Ben Affleck was riding high on the success of his Iran hostage thriller, Argo.  It went down well with critics and audiences and there was more to come in the shape of Oscar statuettes, among others.  Since then, he’s stayed firmly in front of the camera, firstly in Gone Girl and The Accountant although, at the moment, he can’t escape the all-pervading shadow of The Batman and everything associated with it.

So now he’s back behind the camera for Live By Night, which arrives on DVD this week, and he’s also back with regular collaborator, Dennis Lehane.  His novels Mystic River and Gone Baby Gone both became great movies, although Shutter Island and The Drop fared less well.  Both writer and director have experienced the ups and downs of careers in the movies but, with their respective track records, the omens should point to something good. The result, however, is patchier.

This bootlegging tale from the 1920s sees Affleck directing, writing, producing and starring.  It all starts in Boston, where Joe Coughlin (Affleck), a small-time crook, comes up against the leader of the local Irish gangsters, Albert White (Robert Glenister).  It doesn’t help that he’s also mixed up with White’s girlfriend Emma (Sienna Miller).  After a beating and a spell in jail, he approaches the other mob in town, run by Italians, for a job and they send him to front their bootlegging operation in Florida.  Joe, however, has an ulterior motive.  Revenge on White.

As it stands, this is a conventional gangster saga, although one particular sub-plot displays a speck of originality.  As well as having to tangle with rival gangs in Florida, Joe is a target for the local Klu Klux Klan: he’s an outsider and, worse still in their eyes, his girlfriend Graciela (Zoe Saldana) is mixed race.  It gives the film a different angle and it could have yielded more, especially with the racism that constantly rises to the surface between the rival hoodlums, but it’s never taken any further.  Joe just moves on to fight more opposition, in the shape of Elle Fanning, the preacher daughter of the local police chief, Chris Cooper.

Which means Affleck spends a lot of time sorting out people who stand in his way.  He’s certainly bulky and intimidating enough to do that, but he gives little more to the part than a morose, one-note performance.  And the rest of the cast seem to follow his lead, with two notable exceptions.  Fanning, who’s impressive as the girl preacher with the murky history, and the ever-classy Chris Cooper as her self-deluding father who can’t cope with her past.  The likes of Sienna Miller and Brendan Gleeson (as Affleck’s father) and Zoe Saldana don’t get much of a chance to show what they can do.

Live By Night is a disappointment.   The occasional good action sequence and some strong, solitary images are reminders of what Affleck the director is capable of, but they are few and far between.  The plot is over-complicated and over-familiar and there’s little sense of involvement with the storyline or most of the characters. Even diehard gangster fans will struggle to get excited about this one.