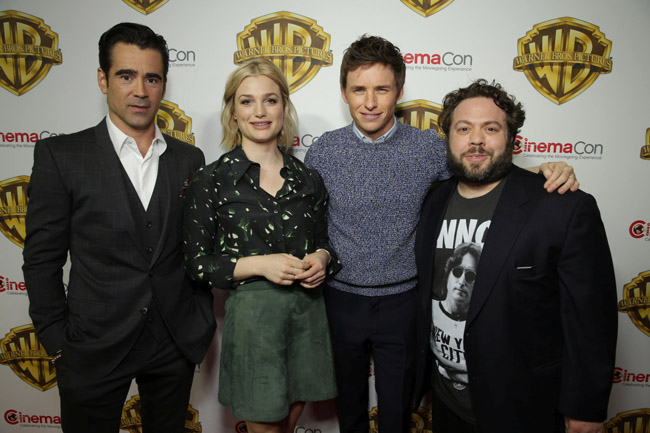 As the excitement builds for the November opening of Warner Bros. Pictures new adventure Fantastic Beasts and Where to Find Them, fans will get to experience some of the film’s magic early at the global celebration A RETURN TO J.K. ROWLING’S WIZARDING WORLD.

From 8.30pm GMT tonight (Thursday 13th of October) we have the live stream directly from the event where we will be joining cast members in London at the Q & A. Cast attending the Q & A includes Eddie Redmayne, Katherine Waterston, Alison Sudol, Dan Fogler, and director David Yates. Joining the Q & A from LA will be Colin Farrell and Jon Voight. The live stream will run for approximately one hour, that’s one whole hour of wizarding wonder to fill your magical thirst.

Fans gathered at those locations, as well as attendees watching from IMAX theatres in New York, Sao Paulo and Mexico City, as well as a non-IMAX theatre in Rome, will be able to submit questions to the stars and director during the Q&A. It will be a rare opportunity to learn more about the story and their thrilling foray into a new era of the wizarding world.

The footage shown, as well as the Q&A, will also be streamed live online at www.facebook.com/FantasticBeastsUK so eager fans around the world can share in the excitement.

Additional details about locations, times, and tickets to the events can be found at: