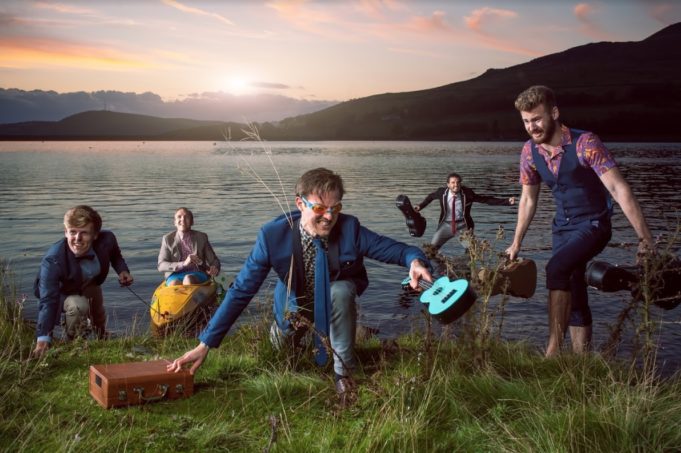 Ukebox brings us new feel-good music from the heart of Liverpool with the release of their latest single Stay In Your Lane. The track is set to be available on all major digital platforms from the 1st February 2019.

Stay In Your Lane is the definition of a catchy tune. By combining upbeat pop melodies with a driving bassline, they deliver a truly stand out record. The band of 5 from Liverpool perform all of their songs using a range of different ukuleles and effects, one of the first all-male bands to perform in this way.

Ukebox is known for putting their unique spin on many classic and contemporary songs by using cleverly constructed arrangements. Alongside their renowned covers, they produced a trio of originals released in 2018 which garnered the support from BBC Introducing. Northwest Radio DJ’s, such as Dave Monks of BBC Radio Merseyside, have featured Ukebox multiple times, providing them with a platform to showcase their individuality across the country.

“It makes for a near perfect night of live entertainment, the sort that makes you wish you were up there on stage strumming along with the band too.” – Diane Bourne, Manchester Evening News

The band are inspired by many music legends ranging from Beyoncé to Liverpool’s own, The Beatles. One of their most popular videos, a Beatles medley performance, currently sits on YouTube with over 400,000 streams.

What started in 2012 as a group of ambitious university students has turned into a well-loved global band. Ukebox has not only graced the stage in many of Liverpool’s most popular venues but also taken their live shows across 6 continents and over 60 countries, including festivals in Australia and New Zealand and tours in China.

In 2019 they want to expand on their current portfolio, starting it off with the release of Stay In Your Lane on the 1st February 2019.

You can catch Ukebox doing what they do best as they tour the UK on these upcoming live dates: