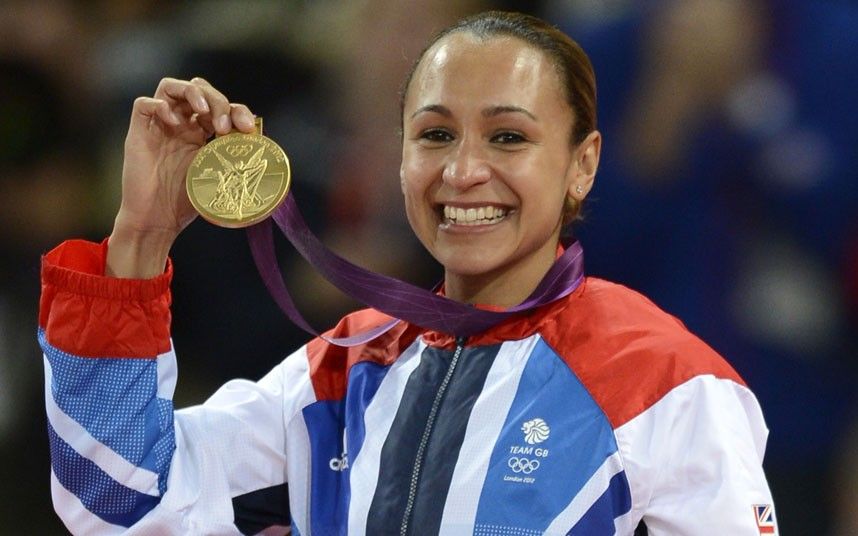 …Can you feel the excitement? There’s been some skepticism and false starts but walking through the Olympic park is magical. Stratford has been transformed into a buzzing hub of people all with one thing on their mind – the games. All around London there is talk of the Olympics. She’s been branded the ‘face of London 2012’ since her heptathlon gold medal win at the 2009 Athletics World Championships. On Saturday, Sheffield-born Jessica Ennis was under immense pressure as she headed into the heptathlon, consisting of seven track events. ‘Trying not to think about the pressure,’ Jessica was ‘off to a flying start’ – setting not only a personal best but a world best of 12.54 seconds in the 100m hurdles. She proceeded to set a personal best in the 200m and the javelin events, already well ahead of the competition, Ennis then went on to cross the 800m finish line first. Triumphant Ennis was crowned Olympic Champion as she secured the second of three Team GB gold medal wins in the space of 45 minutes on Saturday. Greg Rutherford leapt to gold medal victory in the men’s long jump, taking the lead in the second round and Mohamed Farah stormed to gold medal victory, completing the last lap of the 10,000m in just 53 seconds. Watch below as the composed Jessica Ennis shed tears of joy following her truly inspiring, record-breaking win.

On Sunday, Yohan Blake was the Jamaican sprinter on everybody’s lips before the 100m final. With more than one victory over a world-famous sprinter from the same country, the question was, can Blake beat Bolt in his first Olympic appearance? But it was ongoing success for the fastest man in the world as Usain ‘Lightening’ Bolt became a legend setting a new 100m Olympic record of 9.63 seconds. He may not have got off to the best start but at 50m Bolt proved to those who doubted him that he’s still champion. Tearing down the track and over the finish line he shaved 0.06 seconds off of his Beijing Olympic appearance. Yohan Blake came in second, attaining silver and equaling his personal best
of 9.75 seconds. It’s a friendly rivalry and ‘no matter what happens, if we win lose or draw, we’re still friends,’ said Blake before the much anticipated race. The sprinter’s win in the 100m final drew a peak audience of just over 20m viewers.

Unfortunately, much like Usain, the event didn’t get off to a flying start as a bottle was thrown onto the athletic track just seconds before the pistol signalled the start of the men’s 100m final. Metropolitan police said a man was heard shouting abuse and then seen throwing a bottle that landed just behind the sprinters. USA bronze medal winner, Justin Gatlin, said the bottle thrown by the suspect who was later held in custody at an east London police station, was nothing more than a ‘little distraction’. Earlier in the day, there was more resounding success for Team GB when Ben Ainslie
achieved his fourth consecutive gold medal. On Thursday, Ben had been forced into a penalty turn by competitors. Stating that they had ‘teamed up’ on him an ‘angry’ Ainslie beat Denmark’s Jonas Hogh-Christensen to win gold, making Ainslie the most successful Olympic sailor of all time. Thousands of supporters looked-on in Weymouth, all in support of Ainslie who said ‘this was the time to do it in front of a home crowd.’ Quizzed about competing in he 2016 Olympics in Rio de Janeiro he admitted ‘it’s killing my body. I’ll be very surprised if you see me in Rio and this is the best way to leave – on top.’

There was more success on Sunday when 25 year old Andy Murray, who was feeling ‘fresh,’ won the biggest title of his career to date – achieving Olympic Gold. One of his ambitions was ‘to win a gold medal at the 2012 Olympic Games in London’ and he did! On perhaps one of the biggest Olympic stages Murray defeated the world’s best, Roger Federer, at Wimbledon in the men’s singles tennis final. Hoping for two gold medals, Andy Murray had to settle for silver in the tennis mixed doubles.

There was also almost inevitable tennis success for USA, with the famous Williams sisters winning the women’s doubles – making them the first players to ever win four Olympic tennis titles. Previously, Serena equaled with her sister as a three-time gold medalist, with a singles victory. However it wasn’t gold all round for Great Britain on Sunday; Christine Ohuruogu won Olympic silver in the 400m. Whilst a worthy achievement, Ohuruogu’s disappointment was evident as she lost her title to USA’s Sanya Richards-Ross, who beat Christine to the gold by just 0.15 seconds. Speaking about the bittersweet loss of her championship, Christine said ‘I came here with one thing and one thing only on my mind and that was to continue my reign as Olympic champ. I’m just a bit disappointed.’ Also stating ‘to lose your title like that, it was tough. But Sanya’s a worthy competitor and she ran a good race so I have to be happy with what I got. It could have been worse.’

Currently Great Britain & N. Ireland rank 3rd on the medals table with  16 Golds, 11 silvers and 10 bronze medals. So in total we currently have 37 medals with only the USA and China ahead of us.