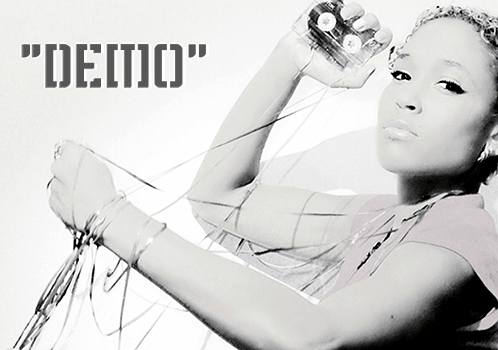 Often compared to Janet Jackson, the all round talented singer-rapper-songwriter Lush lives up to her status as a forceful entertainer. She was recently flown out to perform at the New Year Show in Freetown, Sierra Leone alongside UK rap sensation Sway and the Vice President of Universal/Def Jam Records, who described her as “the second coming of Michael Jackson.”

So now with the world at her feet, Lush is gearing up to release her new double a-side single ‘Party People’ and ‘Demo’, alongside a jaw dropping feature on the first ever collaboration of Jamaica’s best artists on the charity single ‘Make A Change’ featuring CeCile, Mavado, Alaine, Christopher Martin, Sherieta and Gentleman. The song will benefit education, healthcare and fund scholarships for the under privileged across the African diaspora. When it comes to showbiz and fashion, Lush has it both ways. Alongside her music, the rising star is now preparing for international glory with the launch of her very own distinctive clothing brand ‘My 1st Love.’ In the company, of leading U.K high street fashion brand ‘Punky Fish,’ Lush will also take up the role as brand ambassador to their cutting edge designs that characterise her full of life personality and sassy musical style, which includes a blend of hip-hop, reggae, R&B and pop, uniquely dubbed ‘hip-pop.’

Managed by industry heavyweights Greyology Inc. (who has worked with Usher, Leona Lewis and JLS), 2013 looks set to be a year of success.  And with non-stop admiration even before the release of her debut album ‘London Girl,’ this superwoman is set to capture the attention of the world.