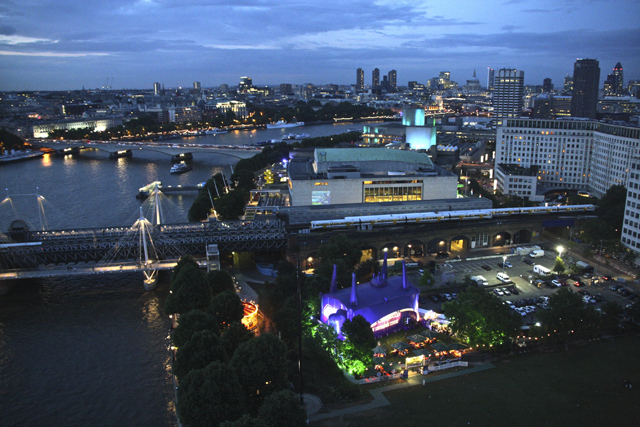 The London Wonderground and Underbelly at the Southbank Centre have announced their return at the London’s South Bank through the summer of 2016.

Last year we where delighted and excited to see Miss Polly Rae perform her amazing spectacular ‘Between The Sheets‘. And this year will be just as spectacular. Now firmly established as highlights of London’s cultural calendar, these two inimitable festivals bring an irrepressible programme of performance, attractions and events to Southbank Centre’s summer season. Among the incredible performances added to this year’s programme today is the London premiere of Close Up, the new show from world-renowned circus company Circa; Acapella smash-hit Gobsmacked!; all-male burlesque from the boys of Briefs; bearded, bonkers, sexy circus in Barbu and comedy from household names including Nina Conti, Jason Byrne and Reginald D Hunter. London Wonderground is a dazzling playground for the people: a slice of Coney Island fun in the heart of London. Back for a fifth year, the festival is renowned for hosting the best circus and cabaret from across the world in a riverside world, complete with a magnificent 1920s Spiegeltent and various rides and attractions.

Headline shows at London Wonderground this year include: Daring, daft and sexy as hell: Packed with astonishing acrobatics and perfectly-groomed beards, this is cabaret but not as you know it, performed by one of the world’s greatest circus companies – Canada’s Cirque Alfonse (Timber – Southbank Centre). A spectacularly raucous and sexy circus, BARBU will take the form of edge-of-your-seat, off-the-wall entertainment to a whole other level with breathtakingly sweaty performances. Set to a heart thumping score, circus and mayhem collide to wow you in this adventure of almighty skills and muscly torsos. Hot on the heels of the critically acclaimed premier at this year’s Edinburgh Festival Fringe, get ready to party.

After a dazzling, sell-out run in 2015, the larger-than-life Briefs boys return to London Wonderground in 2016.

They’ve spent the last year touring the globe, from Berlin to Brisbane, and now they’re back, with more circus skills, more disorder and more burlesque… with balls!

Other acts announced today for London Wonderground include Debra Stephenson– master impressionist and star of Dead Ringers, The Impressions Show and Coronation Street – who brings her live stage show to the Paradiso Spiegeltent for the first time (14 May).

Many more shows will be announced and available for public purchase on Friday 12 February. Udderbelly Festival, a summer staple on London’s South Bank, returns for its 8th year. Graze in the shade of the iconic upside-down purple cow, grab a bellyful of comedy, circus and family fun inside, and then enjoy an eclectic range of delicious street food and drink.

Get up close and personal with four world class circus performers and witness acrobatic performance at its most extreme. See unparalleled routines, and the athleticism it takes to perform them. Gasp at extraordinary, effortless circus stunts, and understand the commitment it takes to perfect them; marvel at graceful aerial spectacles above you so close you can practically feel the rope tighten on your skin.

Internationally acclaimed, multi-award winning circus company Circa (The Return, Opus – Barbican; Beyond – London Wonderground) wrench back the curtain with Close Up. Nothing is off limits in their most intimate show yet. Close Up has been made especially and exclusively for the Udderbelly and has already wowed audiences at the Edinburgh Festival Fringe and Udderbelly Festival Hong Kong.

Gobsmacked! (16 June – 17 July): A next-generation a cappella show. Featuring world-class voices, mind-blowing beatboxing and breathtaking harmonies, this all-singing, all-mindblowing theatrical experience redefines the limits of the human voice. The multitalented cast of singers and beatboxers weave an urban story from both classic and contemporary songs that embrace all forms of a cappella, from traditional street corner harmonies to cutting edge multi-track live looping. This astounding show smashes all vocal boundaries. Forget everything you’ve ever known about the human voice and prepare to be Gobsmacked. Comedy is one of the key ingredients of Udderbelly Festival. Highlights this year include:

Udderbelly also includes an expansive and illuminating of live entertainment for kids.

Some people just can’t get enough of the cow. Returning favourites include:


Many more shows will be announced and available for public purchase on Friday 12 February.