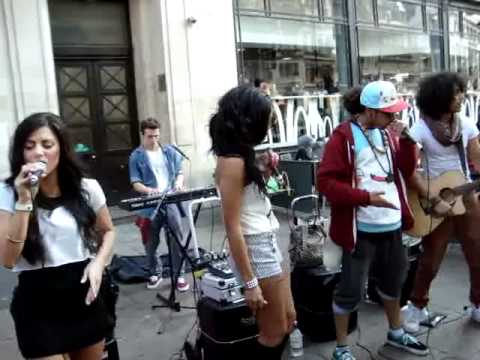 With Christmas comes gifts, food, rubbish telly and most importantly, the increased appeals to give to charity for those who won’t get to enjoy the things we take as standard this month. Centrepoint, the leading charity for homeless young people, is launching a Christmas campaign of their own this year alongside new pop band Luminites. After watching a YouTube clip of the group busking in Leicester Square, Centrepoint signed the group for the campaign which saw them record their version of Streets Of London by Ralph McTell.

The contemporary version of the 1974 hit is available on iTunes now. The proceeds will helping some of 80,000 homeless young people of London find a place to stay, a job and education.

The 5 piece group have been performing in and around London all winter, so look out for them.