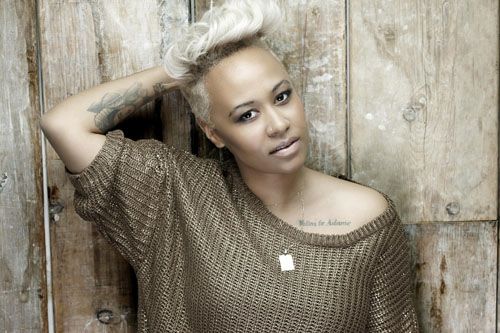 It is no mean feat when a music festival that is a complete baby by comparison is mentioned in the same breathe as large music festivals like Glastonbury and The Isle of White festival, indeed Lovebox has grabbed the music festival world by the scruff of the neck and sought out the title as London’s premier music festival.

Set in the heart of the East End since 2005, Victoria Park has laid host to Lovebox a festival that seeks to be something slightly different-and it is! Started in 2002 by the mammoth and hugely successful Groove Armada as a night to showcase their music in the Notting Hill Arts Club, the potential for Lovebox as a brand and a concept was quickly realised.

Ten years later and the three day event can boast a crowd in the thousands that turn East London into an area full of some of the best music careering across the vast array of musical genres that make this an extravaganza. This year the line-up is huge in every sense of the word, from the Rinse FM tent on Friday which features the amazing Magnetic Man, to the huge Florence and The Machines and the enigmatic Grace Jones:  Lovebox is a connoisseur’s dream. Music however is just a part of the whole Lovebox experience (and indeed any festival), it’s about meeting new people, being bedazzled by the funky strange and amazing talents of the performers (always present at festivals), it’s about amazing different food, it’s about the mud, grunging it up, camping, late night chats and experiencing the tantalising aromas that only a mobile toilet can bring.

(Go to www.thefestivalcalendar.co.uk/festival-kit.php for more info for the essential equipment you need to make your festival go just nice!).

Flavour salutes Lovebox on its ten year anniversary and hopes for another ten years of pure, un-adulterated, hedonistic Lovebox vibes!

It originally started out as a club night that Groove Armada started (they are the founders of the festival) and it was down in the Notting Hill Arts Club and it was a very successful night it was always a roadblock affair.

They wanted to do a day due to the success of the night on Clapham Common I think there was another promoter on their that had their own day and they basically said they could do a Groove Armada live show and that is what they did and they called that live event Lovebox.

The event they did in Clapham Common did really well sold out and stuff and so the year after they did it again on Clapham Common and they sold out in record time, tickets went really quickly and that is basically how it started.

Not many people know this but the word Lovebox actually comes from the times where they [Groove Armada] used to play out and when a track or record was very successful they would put that record in the box which became the Lovebox.

As soon as one festival finishes we are working towards the next festival. People often say “what do you do for the rest of the year”? – people think that it takes like a month to plan-Lovebox takes a whole year’s planning! I mean we are already thinking about who we want for 2013.

Where would Lovebox be without the acts?

The thing about the Lovebox crowd is that they are a very knowledgeable crowd and they know music and so we bring bands that we know are fantastic –we put on Florence and the Machines back in 2009 we put her third on the main stage and no one had a really heard of her and now look at her -we knew she was special and now she is headlining everywhere. We are not a headline artists driven festival however we do not have one big headliner and a couple of smaller outfits, this is about creating a place where you can find new music and just talented people-we think we can lay claim to the only real festival in London!

We worked with Rinse for the first time last year and in 2010 we added a third date because basically we spend two weeks to build this site and it costs so much money to do and it is actually ready on a Friday because it has to be and so we thought we might as well focus on doing something on a Friday. We looked at our audience and we drew up something on a Friday and we felt we needed to attract a younger audience like the bass culture, drum n bass and all the sounds that were influencing East London and we had not really incorporated that and so when we thought of it then Rinse Fm became an obvious partner.

So how do you celebrate a ten year anniversary? This year we are embracing a lot of the acts that performed before and were our favourites. If you look at our three headliners this year, they have all played Lovebox before and they have all grown from being small bands to now they are headlining the event. We think that is a really cool story because we are bringing them back to celebrate-it’s all about bringing back special moments from Lovebox. There are other festivals in London and in the deepest respect if you just want to see headliners then that is cool but we are about the depth and the quality!

Things you did not know about Lovebox!

It takes two weeks to build the Lovebox site.

It takes three days to bring the site down.

The full time team for the mammoth Lovebox is only five people.

Most scary moment we booked Sly Stone and The Family Stone and there was like thirty thousand people waiting to see him and he would not come out of his room and eventually after a lot of persuasion we were able to get him out but it was very close because we were trying to get him out of his room and the band had already started playing. (Rob Silver)

De La Soul they got lost and so they were late for their performance and they literally had to drive right up to the stage and just go straight on. (Rob Silver)

I remember hanging out at the back of The NYC Downlow with some of the tranny performers and being in the queue for the porta-loo when Grace Jones stepped out into the back stage area, mingling with all these club freaks and glamorous performers and the Horse Meat Disco team surrounding me – it just felt so perfectly normal. A real golden moment! (Jim Stanton)

Things to look forward to this year. NYC Downlow – the infamous NYC Downlow structure returns to Lovebox for their only appearance of the year, anywhere!

Bearded Kitten’s VS Arena – a collision of music, style, art, fashion and most importantly fun and hilarity from the award winning team behind Secret Garden Party’s Colosseum. Proceedings kick off in this arena with the most fun place to watch England’s second match of the Euro 2012 tournament against Sweden on Friday June 15.

Dalston Superstore Live – for the first time ever, East London’s hottest bar packs up and sets up camp at Lovebox.

Big Top – for the first time ever! Expect to see the biggest East London rave in there from doors Friday to close Sunday with the likes of Rinse, Hospitality, Trailer Trash vs Gutterslut featuring Dj Hell, Tiga, Ivan Smagghe, Hannah Holland and more over the 3 days-it’s going to be huge!