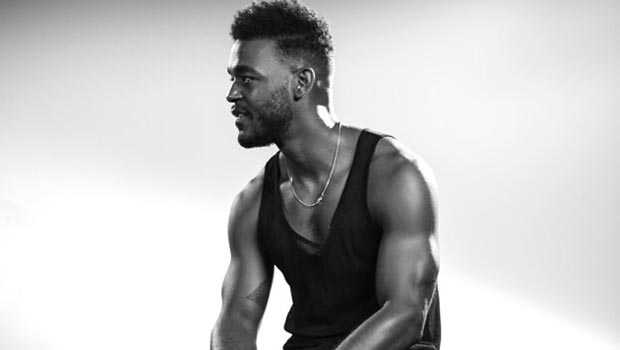 Luke James is an American singer-song writer who is about to explode all over the music scene! His self titled debut album was released a few days ago and is a must hear without a doubt!

Luke James Boyd, better know as Luke James, was born and bread in New Orleans Louisiana. He began his career singing background vocals for RnB singer Tyrease. Not only is he vocally talented but he is also a genius when it comes to putting pen to paper. So far Luke has written songs for some of the biggest names in the music scene such as Chris Brown, Britney Spears, Justin Bieber and Keri Hilson to name just a few. Now its time for this talented young artist to shine in his own light and it comes in the form of his self titled debut album “Luke James”.

Luke is already showing his adventurous side by not being scared to release an album which is full of ballads. The music business is currently riding high on up tempo tracks so this makes it a risk for Luke to take. However it paid off, the album is a must have!

“I want the album to feel like Luke James’ life” the singer explains. “Something true, something that felt progressive”.

His interest in heart-on-my-sleeve realism runs throughout the album. It’s almost like a heart felt lyrical autobiography with lyrics so strong your ears are automatically gripped. Your left on the edge of your seat waiting for the next verse or song to continue the story. The album is driven by the lead track “Options” which features rapper Rick Ross. “Options” starts off slow with a beat lead by instruments which gradually thickens before the chorus bursts into play. Not only is “Options” a dope track, which is easy on the ears, its also a track written from the heart with a very dark and deep hidden message played out.

Prior to the albums release Luke had already released two mixtapes. The critically acclaimed lead single “I Want You” from the first mixtape landed Luke his first Grammy nomination. This brought attention to his name from some of the biggest individuals in the music business. People you could only dream of noticing you. Without a doubt we are sure Lukes name will be riding high and sitting on the edge of everyones lips very soon!

Hear at Flavour we can’t get enough of “Luke James” and have it on repeat. Make sure you grab your copy on iTunes here – http://smarturl.it/dLukeJamesdlxEXP