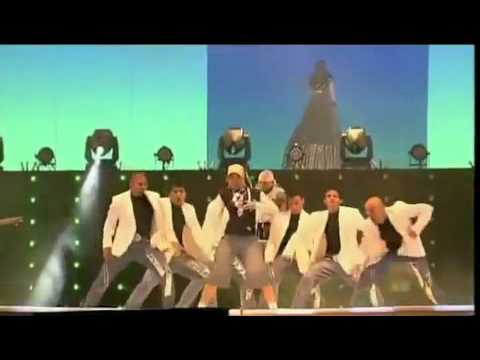 Lush is a 22-year-old award-winning artist and entertainer with several awards under her belt – including UK Young Performer of the Year. With a wide variety of musical genres and melodic influences, her Dominican, Grenadian and Indian background has encouraged her to become a unique, eclectic and potentially world-class entertainer. Speaking of world-class entertainers, the US Vice President of Def Jam Records recognised her talent, calling her ‘the second coming of Michael Jackson’.

In high demand, by music moguls worldwide, she was flown in to perform at the New Year show in Freetown, Sierra Leone, alongside Akon’s artist Sway. She featured on tour with Oscar and Grammy award-winning music producer and film composer AR Rahman on his ‘Jai Ho’ world tour, performing to audiences of over 100,000 in India, Oman, Qatar, Australia, Russia, Europe, America and Canada.

This multi-talented singer, dancer and rapper is currently preparing for her own tour in China, promoting her own musical mix which exudes an ingenious blend of hip hop, reggae, RnB and pop. Set to release her debut album later this year, the album boasts an array of tracks created by several Grammy award-winning producers, and hitmakers Soulshock and Jazzy Pha are also queuing up to
work with the rising star. She has also secured endorsements by leading UK fashion brand Punky Fish, and this is only the beginning. We have a chat with the starlet from Sydenham who’s set for superstardom. You’re such a phenomenal dancer. Who is your inspiration?
Michael Jackson and Janet Jackson. When I was younger I wanted to become an entertainer. I said you know what? I have to do that! I never went to any classes I used to watch a lot of TV – the Nicholas brothers – and basically copy exactly what they do. It’s over a year now since we lost Michael Jackson. I absolutely love him…
Me too! I was earmarked to do his tour in the O2! Unfortunately he passed away. He still remains a legend, and he’s a great man and an amazing entertainer. What’s your greatest achievement to date?
Oh! I have so many to choose from – being on the remix of the Lady Gaga single – that was amazing. She’s phenomenal. Touring with AR Rahman – that was an honour. Meeting Akon’s brother Bu, CEO of Akon’s label Konvict Muzik and Vice President of Def Jam Records. I’ve had so many great opportunities.

What is the meaning behind your artist name Lush?
It’s actually the most boring story! I was hanging with a group of friends. They do music as well – my name was (it’s such an embarrassing name) Lady Daffy! I don’t know why it was that! But my friends said ‘No! You should call yourself Lush!’ I was like ‘Why?’ they said ‘Because you’re really lush!’ So I just stuck with that. Which artist would you most like to collaborate with?
Janet Jackson. Funnily enough, I may have an opportunity to do a track with Janet! That’s in the pipeline. My manager met her, she heard some of my music and seemed to really like it so that would be perfect. You have an Indian background – was the tour your first trip to India?
It was my first time in India. My Grandad is Indian – I’ve never been before; it was a really good experience – very liberating, seeing the difference between there and here. They actually thought I was Indian! I’m quarter – they are amazing people. How are the preparations going for your tour in China? You must be so excited!
Yes. Around the end of July for three weeks, two shows a day, five days a week, and I go back in September also. It’s somewhere that I’ve really wanted to go because China has the biggest population in the world. The technology must be crazy! Your style is very unique and stands out amongst other artists – props to you for that. When can we expect your debut album to be released?
Between this year and next year. I’ve been working in America for a long time with some amazing producers –Mike Sheady who does Rihanna; we got  KFAM who worked with Destiny’s Child; JD, who works with Busta Rhymes; Paul Lewis – worked with Sean Paul, Jason Rome – Neyo’s producer. Soulshock and Jazzy Pha – who launched Ciara – he’s waiting to work with me… There’s also a Hollywood movie coming out called Street Dancing – I should be the featured artist performing in it. It’s directed by Billy Woodruff who directed Honey and Beauty Shop. The music’s done by AR Rahman and Dave Stewart. It’s coming out next year which I am so excited about I’m hoping to perform some shows for Oxfam here in the UK, in October. Anything for charity is something that I want to do. We did a lot for charity after I came back from India. I’ve got to go back and do something and it’s important to me – trying to help others and make as much difference as possible. That’s exactly what I see myself doing as an artist.I really decided to take my time with music, instead of rushing. If I’m going to be famous, it’s because I’m a great artist and entertainer.’