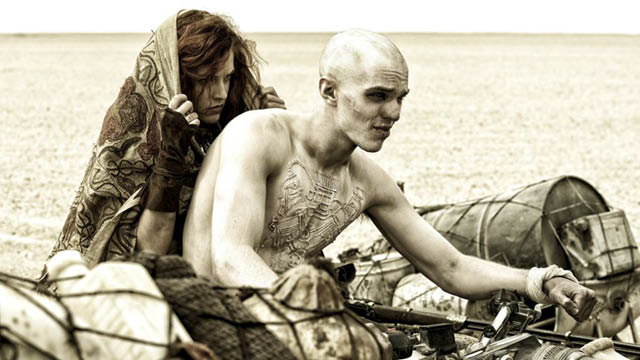 For those of you not aware, Mad Max Fury Road is actually the fourth instalment in the Mad Max franchise which first came to the big screen in 1979 with Mel Gibson in the lead as Max. 36 years after the first, with the original writer and Director George Miller taking the helm again, we need to question did we really need a fourth Mad Max?

Max Rockatansky (Tom Hardy) is a road warrior; haunted by his past Max believes the best way to survive is to wonder alone. That is of course until he finds himself caught up with a group of rebel females fleeing across the wasteland in a war rig driven by Imperator Furiosa (Charlize Theron). Escaping a Citadel tyrannized by the Immortan Joe it’s not long before we see an irate Joe, after marshalling his gangs, pursue the rebels relentlessly in the high-octane Road War that follows. There have been one or two directors who have tried to recreate their former glory after a long absence; one name that comes to mind is George Lucas with Star Wars and he failed miserable, I hate to say it but George Miller has followed in exactly the same footsteps.  The problem with going back to cult classics after so many years away is that it loses its momentum and there is a whole new audience who won’t be familiar with what all the fuss was about, the films are hyped up way to much leaving them a long way to fall.

The positive we can take from this film and one which the feminists will be shouting about, is the fact that Charlize Theron plays Furiosa, a shaven headed bad ass woman who has balls of steel and give as good as any muscle bound man flexing his Pecs while giving someone a beating. If Miller could have gone down any route it should have been to focus more on Furiosa and her story, as she certainly comes out the star of this film, but I have a feeling we might just see this in the inevitable next instalment. Storyline… where do I start, oh the fact there isn’t actually any plot whatsoever. If all you’re after is a constant action filled never ending, high octane car chase and ridiculous fight scenes you’re going to love it, if you like your films with a little more substance you’ll be majorly disappointed, the plot is non-existent which is just aided with a major lack of dialogue. Out of the two hour running time we probably get about 45 minutes at best of dialogue spaced out over the whole film. This is accompanied by the actual main character Max aka Tom Hardy hardly speaking at all. I think his lines actually only add up to 10 minutes with a few Bane esque grunts thrown in for good measure. I’m not actually quite sure why Hardy took this role but it wasn’t one of his best decisions.

Nicholas Hoult as Nux in the beginning of the film is brilliant, he is completely mental and so believable, I truly believe we should see more of Hoult in this kind of role and it would have been great to see him like this throughout. Once his little love story gets introduced into the ‘storyline’ he loses his edge. Mad Max Fury Road is certainly not for everyone and those who are big fans of this cult franchise will probably love it but for the rest of you, It’s just one long, exhausting film with no substance or backbone.