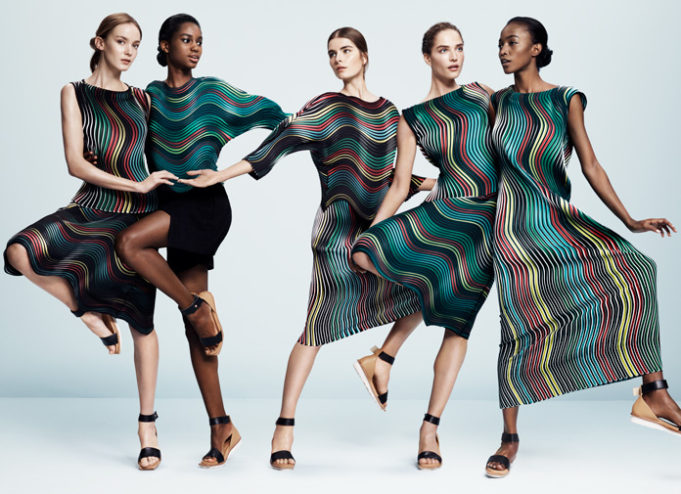 From the invasion of sushi restaurants on our high streets to the Pokemon Go craze that became a global phenomenon, Japanese culture has had a huge impact on the Western world.

But its biggest influence is not a rice dish or a compulsively addictive battery-draining mobile app. For hundreds of years, Japanese fashion has been changing the way we dress. We take a look at just how influential it has been.

The dawn of Japan’s influence

Hundreds of years ago when the people of Japan first made contact with the West, Japonism was born. Japonism is the adoption of Japanese dress for its exotic appeal. Many Westerners read books on Japan, and the country began to take on its own identity in their minds. (Before this, they had lumped it together with China.)

Japanese goods began to go on sale in Western markets around the 1800s, particularly in Paris and London. By 1860, fashionable artists would purchase Japanese crafts such as traditional folding fans, and garments such as kimonos, to display their exotic tastes.

Crucially, it was around this time that Japanese fashion began to influence Western designers. This was no longer Japonism. Many 1910s evening coats now had traditional kimono-like features, such as a pulled-back collar. Dresses, too, increasingly borrowed from Japanese textile techniques. The idea of wrapping fabric around the body, playing with the space between the body and the dress, came from Japan.

Design choices from Japan continued to influence Western apparel, and in the 1970s the influence became even clearer.

By the late 20th century, the fashion industry was much closer to the way we see it today. Catwalk shows were growing in popularity and Japanese designers became household names (in fashionable households, at least). Issey Miyake made a name for himself through his innovative single-cloth designs. Rei Kawakubo’s Commes des Garcons line was hugely influential in the 1980s. Both designers remain highly regarded today.

The Met Museum points out that these designers did use Western fashion as an influence on their designs, but they drew on Japan’s “rich visual heritage” for inspiration. Specifically, the Met points to Japanese Noh costume, closely related to the the samurai class, as a key inspiration behind designs of this period.

These designs were not just popular on the catwalk. As is often the case with the fashion sphere, these styles filtered through to everyday clothing. An Asian apparel market sprung up in the USA, and Japanese Street Style encouraged people to dress in more daring and personalised ways, including the popular ‘Lolita’ style, which rejected the sexualisation of Western women’s clothing.

Now, industry bloggers have argued that almost every trend in the fashion world originates in Japan. Jean Paul Gaultier’s camouflage-heavy 2008 range has been cited as an example, since camouflage print was popular in Japanese street style before then.

It’s not just contemporary Japanese street fashion that is influencing the West. Traditional kimonos are becoming more popular too. Vera Wang, Gucci and Tome have all designed kimono-inspired pieces recently, and celebrities have increasingly been seen dressing in these traditional gowns. Kim Kardashian, Gigi Hadid and Kylie Jenner are particularly high profile examples of Western celebrities sporting these Japanese garbs.

Non-Japanese people wearing kimonos has drawn criticism and protest from some concerned about cultural appropriation. It is important to keep social justice issues in mind, but considering the ongoing influence of Japanese fashion on the Western world, perhaps it is not so bad.