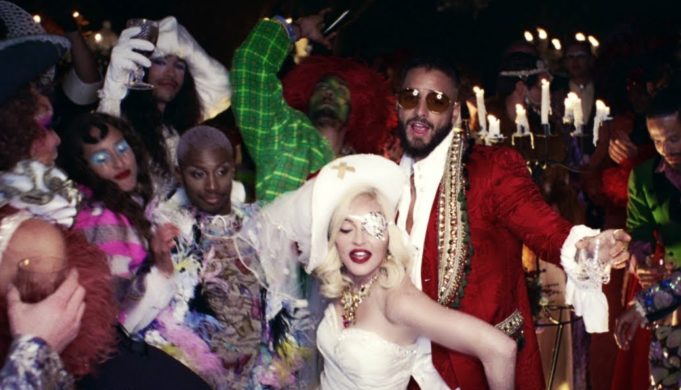 Madonna will perform a series of rare and intimate performances exclusively in theatres and the dates for London have finally been unveiled.

Madonna’s Madame X Tour will be held at the iconic London Palladium giving fans the opportunity to see her like never before with shows confirmed on 26, 27, 29, 30 January and 1 and 2 February 2020.

Madonna is releasing 5 songs before her highly-anticipated new studio album Madame X debuts globally on June 14th. Following Friday’s release of the infectious pop gem “Crave” featuring Swae Lee and produced by Mike Dean, the empowering ballad “I Rise” and the critically-acclaimed “Medellín,” additional songs to be shared with fans include the Jamaican dancehall vibes of “Future” featuring Quavo on May 17, as well as the sonically innovative “Dark Ballet” on June 7.

Madonna is the best-selling female solo touring artist of all time and has the highest-grossing concert tour ever by a female artist with her Sticky & Sweet Tour (2008-2009) at $408 million.