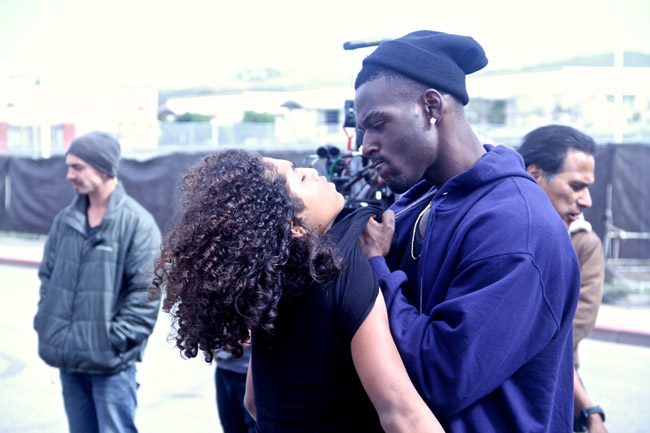 KICKS is a hip-hop driven coming of age tale, about friendship codes, inner-city masculinity, and an almost spiritual longing for something more and from its unique trailer, it’s gonna be a tough one. In director Justin Tipping’s feature debut KICKS, inspired by a real-life incident, nothing is as simple as it seems. 15-year-old Brandon (Jahking Guillory), longs for a pair of the freshest sneakers that money can buy; assuming that merely having them on his feet will help him escape the reality of being poor, neglected by the opposite sex and picked on by everyone — even his best friends.

Working hard to get them, he soon finds that the titular shoes have instead made him a target after they are promptly snatched by the local hood, Flaco (Kofi Siriboe). Seemingly the embodiment of menace, Flaco harbours complexities of his own that will be revealed when Brandon goes on a mission to retrieve his stolen sneakers with his two best friends Rico (Christopher Meyer) and Albert (Christopher Jordan Wallace) in tow. Unable to heed the warnings of his streetwise relative (Mahersala Ali in another tour-de-force performance) Brandon charges head first on a journey toward a fateful, brutal conclusion.

KICKS will be available to download digitally from 22nd May 2017