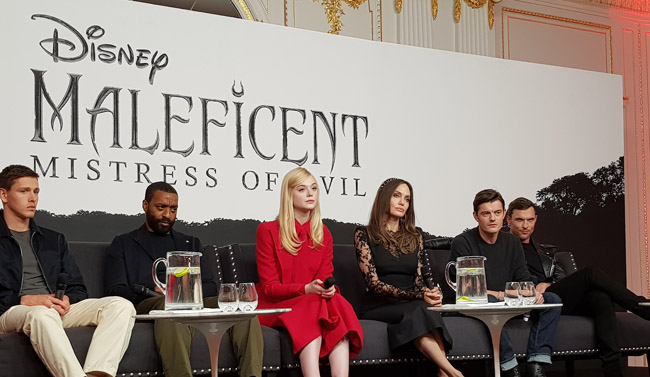 Less than24 hours after the stars of the Disney sequel Maleficent: Mistress of Evil graced the red carpet in the heart of London for the movie’s premiere a number of the cast gathered in the Mandarin Oriental Hotel, Knightsbridge for a press conference to give us their thoughts on the magic and message of the new film.

The film picks up five years after “Maleficent,” in which audiences learned of the events that hardened the heart of Disney’s most notorious villain and drove her to curse a baby Princess Aurora. It continues to explore the complex relationship between the horned fairy and the soon to be Queen as they form new alliances and face new adversaries in their struggle to protect the moors and the magical creatures that reside within.

We were lucky enough to have the company of Jolie, Fanning, Riley, Ejiofor, Skrein and Dickinson join the panel for the press conference to enlighten audiences of the magic of returning to their characters five years after the first and the new journeys that lay in their paths. 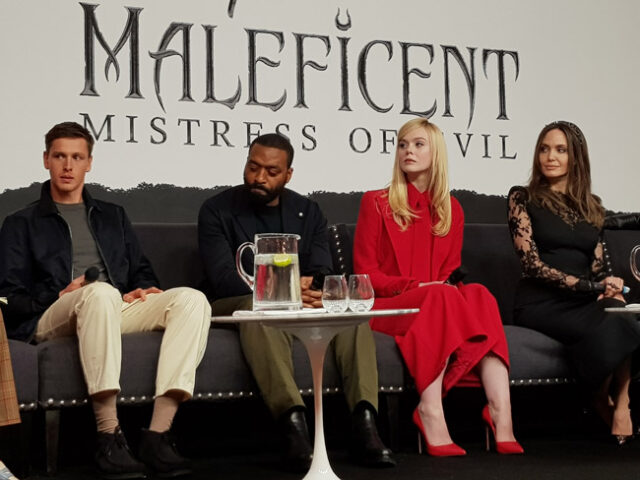 So, what’s happened in those five years for Princess Aurora? Elle Fanning who plays the role has grown into a powerful young woman taking the crown as the queen but still trying to stay true to herself.

“She’s now Queen of the Moors and she has this responsibility and this power. Aurora’s strength is her kindness and she also stays very true to herself, which is something I wanted to keep in the film” stated Fanning. “She is soft and feminine and she wants to be a wife and have babies. It’s not a thing that is portrayed a lot on screen, I think a lot of the princesses grow and we’re going to make her a strong princess, and make her tough so we’re going to make her fight. Is that what being a strong woman means? We just have to have a sword and have armour on and fight, Aurora can do that in a different way in a pink dress”. 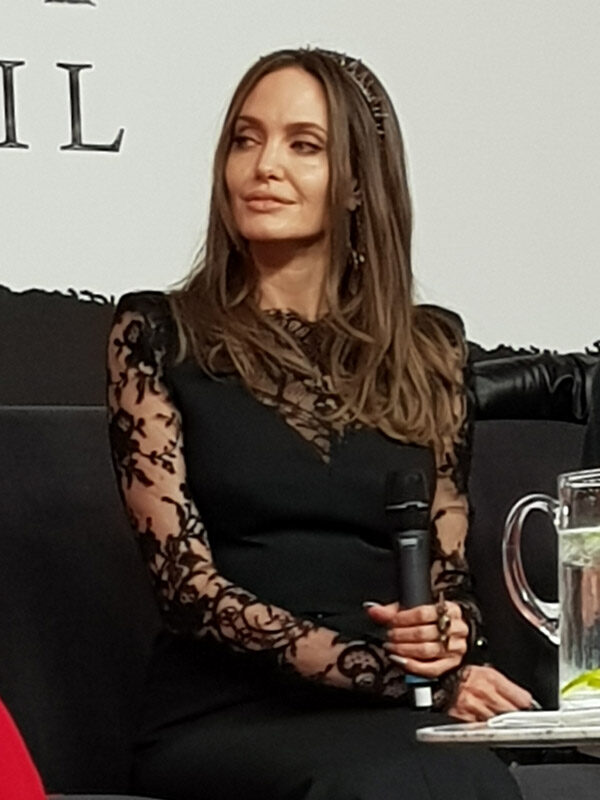 It’s not just Aurora that has grown as a person but Maleficent too. What Angelina Jolie likes most about the story is the message it portrays to its audience, a message of embracing not only your true self but other’s too and that most importantly Family doesn’t always have to be blood.

“I think we all have very complex characters which is nice, that’s not often the case in an ensemble. The way we balance each other, learn from each other and change over the years for some of us” stated Jolie. “I loved the first one when we went back and we think of her as evil and dark and the first movie we asked why and went deeper in. I think most women, most people aren’t born with a certain hardness and aggression something happens along your life where you lose trust and you don’t feel safe and you start to fight in a different way, you protect yourself in a different way. Through having a child she finds her softness again. Then there is a question in this, well she’s not just soft and small and cover her horns and adjust, she is a fighter, she is a creature and she is all these other things, and is she allowed to be both? Can she find herself or keep apologising for that thing within her and stay small, so she’s on her own journey to find out what that means. So I think there are really beautiful messages of finding your true self and being it, embracing others and also one of my favourite things is that family is not made of blood”. 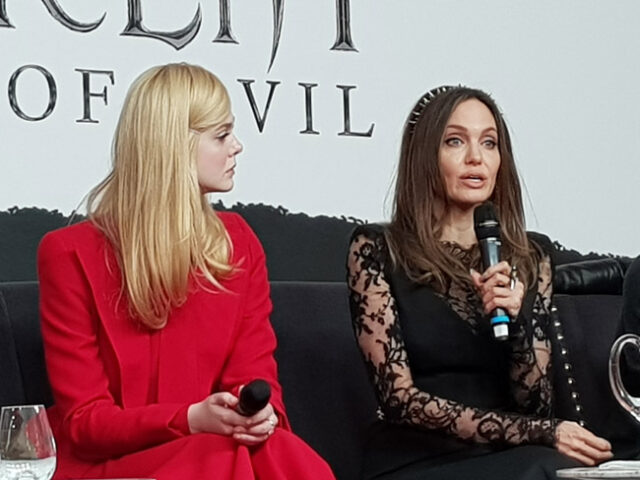 The sequel isn’t all about the old faces and characters, it’s full of new ones too. Dickinson, Ejiofor and Skrein were all very excited to be a part of the Disney project, all for the different and refreshing storylines their characters are involved in.

“I just felt like there was a lot there that was very rich, with Conall there was this idea about leadership as well and this community and this sort of stressed conflicted tribe and what they were going through. These really strong ideas in that area of the story about fear of the other and this segregated identities and communities and powers of integration” stated Ejiofor. “All of these things that are so relevant to us all”. 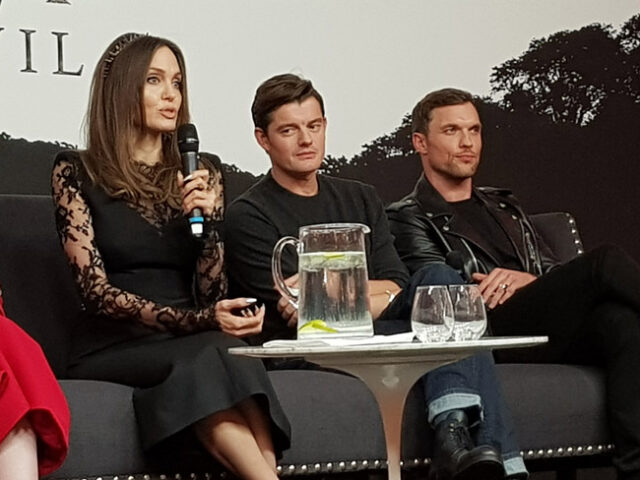 Dickinson was taken how his character of Prince Phillip wasn’t the stereotypical Prince you would find from the classic Disney films.

“One of the many reasons I was excited about this is I think the archetype Disney prince, a stereotype of coming along and saving the day, there wasn’t really there and it was quite refreshing opening up the world with Prince Philip. I think he was just someone trying to find his voice a little bit and trying to figure out what it means to be a ruler”.

Skrein went on to reveal that his character Borra could have two-faces and his changing attitudes.

“To have a character like Borra, to have this incredible arc, this is the type of arc you image you have when you are number one on the call sheet in some independent movie that’s been based and written around you. To step into the fantasy realm of Disney and everything it brings, to learn from this incredible calibre of actors and human beings and to then have this kind of character with such a full emotionally narrative, this is the dream character in so many ways. It’s really exciting to explore Borra and his changing attitudes towards outside influences”.

Maleficent: Mistress of Evil is out in UK cinemas October 18th