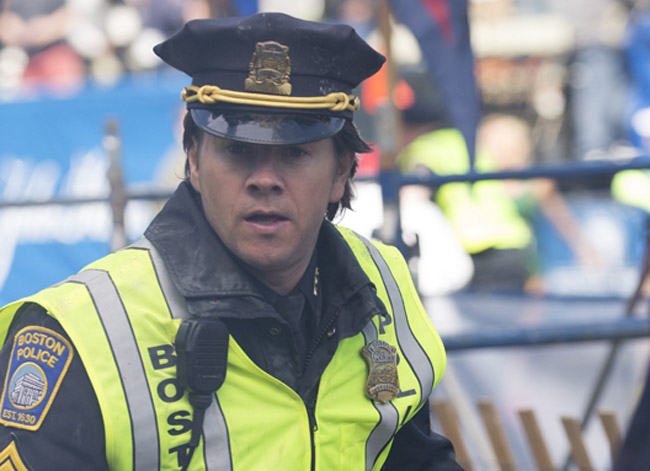 A first look image of Patriots Day starring Mark Wahlberg has been released by Lionsgate UK.

Wahlberg teams up yet again with director Peter Berg (Lone Survivor and Deepwater Horizon) to bring us an account of the 2013 Boston Marathon bombing and the everyday heroes who inspired the world in the extraordinary hours that followed.

In the aftermath of an unspeakable act of terror, Police Sergeant TOMMY SAUNDERS (Mark Wahlberg) joins courageous survivors, first responders, and investigators in a race against the clock to hunt down the bombers before they strike again.

Weaving together the stories of Special Agent RICHARD DESLAURIERS (Kevin Bacon), Police Commissioner ED DAVIS (John Goodman), Sergeant JEFFREY PUGLIESE (J.K. Simmons) and nurse CAROL SAUNDERS (Michelle Monaghan) this visceral and unflinching chronicle captures the suspense of the most sophisticated manhunt in law enforcement history and the strength of the people of Boston.