Lets say  time travel is a real thing, who would you want to roll around a space time continuum with? The Watch Shop recently surveyed UK sci-fi fans about their views on everything related to time travel, and discovered which franchises the public hold dearest to their hearts. 33.65% say  Dr Who’s Tardis would be their preferred method of transport. The DeLorean car used by Marty McFly in the Back to the Future trilogy came trail blazing into a close second at 29.2%. The series that turned Michael J Fox into a global megastar came out on top as the favourite time travel related franchise however, with a mammoth 22.25% of the votes – not bad considering the last film came out 24 years ago. Dr Who was a close second, taking a respectable 20.4%. Doctor who? Which Dr did it best? We weren’t surprised to see David Tennant top the list with 32.85% of votes, light years ahead of his nearest competition – series veteran Tom Baker was chosen by just 12.25%. The late Patrick Troughton was the least popular Doctor, with just 1.3% of the votes.

Sci-Fi fans were vocal about their views on Star Wars, despite the fact that it has never featured a time travel element in any of the six films released so far. 20.45% of those asked would welcome a time travel element into the highly anticipated Episode VII, but almost half (47.45%) were against it. When it came to age, there were some distinctly different opinions about which time travel franchise is best. The 18-24 year olds gave Harry Potter a resounding thumbs up, with 34.89% stating it as their favourite. The over 55s surveyed were nowhere near as crazy about Hogwarts, with the majority of voters (27.1%) citing Star Trek as their favourite franchise. Captain Spock was also deemed as the perfect time travelling companion for the over 35s, with 15.07% of votes. The shows ‘Guardian of Forever’ proved less popular however; only 3.01% asked would choose it to embark on their perfect time travelling adventure.

You can check out the full results here

Emerging Trends: Is the Vaping Industry Moving Beyond Tobacco

Is Your Mattress Causing You Back Pain?

Break these 4 bad spending habits to save more money

10 Ways to Bring Art into your Home

What are the Best Ways to Sell Your Home During Uncertain Times?

How can you effectively market your business with branded merchandise? 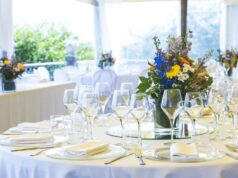 How To Choose The Right Catering Company For Your Wedding Day 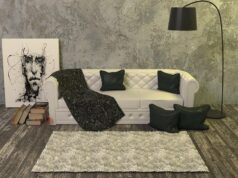 Top Tips for Decorating with Wallpaper

How can you buy new items after being refused finance?

Understanding the Causes and Symptoms of Erectile Dysfunction