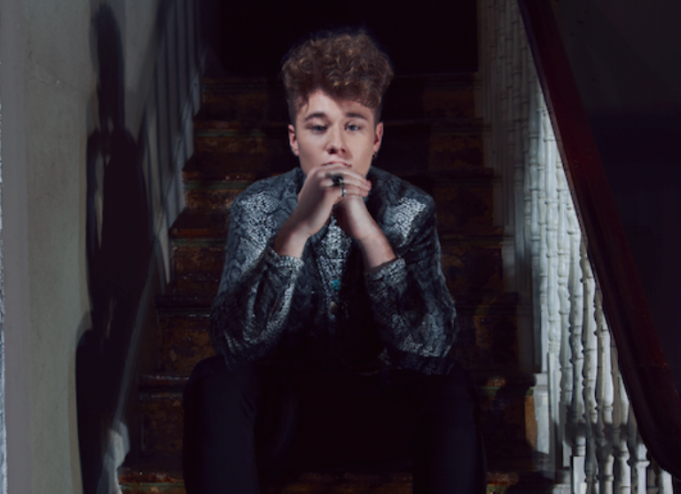 Tuesday 26th of May, Matt Will’s had his own independent headline show down at Dalston’s Servant Jazz Quarters, from the moment I showed up to the moment I left, I was in a state perpetual state of ‘gobbed’ ‘cus the energy never let up! They even had a real life owl outside on arrival and that kind of novelty just doesn’t wear off.

The Jazz Quarters had that friendly, intimate, feel trendy venues often have. Smiles, random ornaments and vintage furniture cluttered around, with the drinks flowing as well as the conversation and the room filling up quickly while we waited for the first act.

First on stage was Tom Cox and what an opening act that was! Tom took the piss completely with his opening song and tugged the crowd from anxious and excited, to… well I’m sure where, but it was a very emotional place where we all in stood in silent awe.

The 22 year old put his textured vocals to work and treated the room to an acoustic set of some exclusive original songs like his beautifully sad “No One” pt2 and hopeful love song “Mine I Hope”. He wasn’t a complete bleeding heart throughout though and gave the crowd a very well received cover of The 1975’s single “Sex”. his version was definitely better than the original and from the laughing & “go on Tom’s, heard from the rest of the room they thought so too! After that scheduled interruption, it was back to his usual program. A lot of Tom’s work details his battle with depression and alcohol abuse with the eerie beauty that comes with that kind of art & expression. Which is why his last song, The Collection, felt like taking a hammer to the chest? It was an introspective spoken word piece about navigating life, love and the hurdles of dream chasing, a perfect end to his set.

The next leg of the show had Brockley south London’s Koder on stage who picked things up where Tom left them. He took the stage with his vocalist Jaayane to perform his first song Naked, which was as much an introduction to himself as it was to his performance & one he performed with clear passion, obviously a personal track.

But his next track though… his next track was the standout. He switched tempos (and singers) for Hand of Gold, then left the room spinning in the wake of his flow and rhymes and once he had our ears, Pia Morris had our hearts! Morris’ soft singing tipped the scales even further than Koder’s lyrical prowess had and made this track a firm favourite.

Next he gave us Do You & an exclusive of Beezle Dub from his new EP The Storm is Coming, which he made sure to get the whole room involved in. Yup, when he called for the crowd to take part my voice was definitely part of the throng!

Now Matt’s performance was clearly meant to be the finale and YOOO, I can’t even hate, it DEFINITELY was! He took the stage like a professional and a lot of his set felt like a night at karaoke that I took FULL part in. Between his voice, guitar and maybe his hair too, he owned the stage—sorry—the whole room with his ear to ear grin and confidence throughout his entire set!

With feet tapping and hands clapping throughout, his performance had to be the most interactive by far, as the whole room had a role to play in each of his songs. Before, after and between Mr Will’s stream of original songs like Bound to Rust, Ellie Grab Your Gun and Let Love Lead he kept the room on a high with his random freestyles (yes, ACTUAL freestyles) and trips down memory lane, singing classics like No Scrubs, Sweet Like Chocolate, Twenty Eight and everything between!

It’s pretty obvious Matt’s a born performer, someone who feels well at home on stage from how he guided the room through his leg of the show and kept everyone involved. Overall it was a show no one wanted to see end.