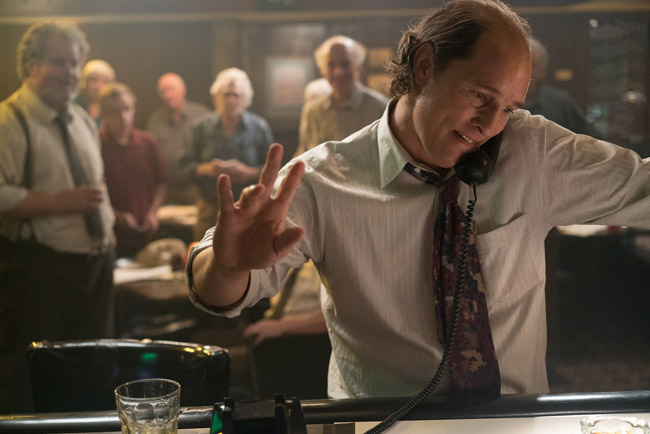 A selection of stills and an alternative poster for Matthew McConaughy’s Gold have been released two weeks ahead of the film’s release.

The stills reveal McConaughy as the slightly pudgy and sweaty Kenny Wells enjoying the fruits of his find alongside Edger Ramirez and his on-screen wife Bryce Dallas Howard.

GOLD  is the story of Kenny Wells (McConaughey), a modern-day prospector,  hustler, and dreamer, desperate for a lucky break. Left with few options, Wells teams up with an equally luckless geologist to execute a  grandiose, last-ditch effort: to find gold deep in the uncharted jungle of Indonesia. Gold is out in cinemas February 3rd.