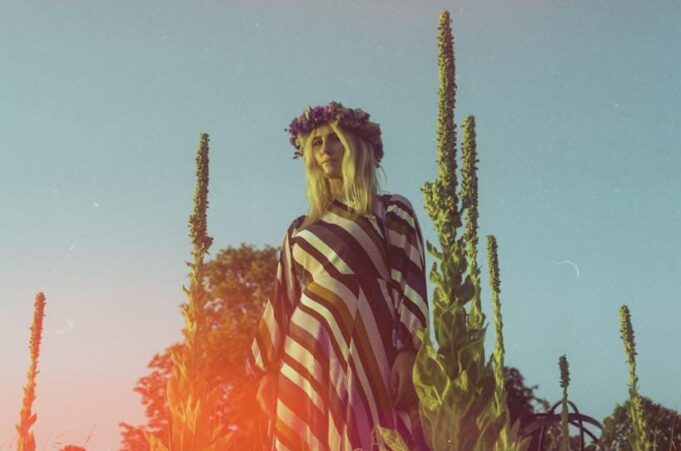 KLARA is back with new EP ‘Voices’. Born in Lund, Sweden, and based in London, KLARA splits her time between London, Sweden and LA, writing her own music at Church Studios in North London, whilst collaborating with songwriters such as Tim Myers (OneRepublic) and Jimmy Harry (Pink!, Weezer) in LA.

I chatted to KLARA about her latest EP ‘Voices‘

You’ve just released your EP ‘Voices’. What inspired it?

I was feeling angry and fearful as the political climate in both the UK and the US just felt darker and darker. It felt as if the loudest voices were telling the most lies and I just didn’t feel represented. As it didn’t feel like my truth I went on a Women’s March in Paris, anti-Trump and anti-Brexit marches in London and also wrote ‘Voices’ as it felt good to put my thoughts into the lyrics of my song.

‘Laura’ the other track on the EP came from seeing a homeless woman in the area where I used to live. Half-way into writing the song about her I wanted to truly hear her story to get the song right, so I asked her for an interview. It turns out the life she had lived was so dark and she had gone through so much and was still standing. One magic thing about the writing process was that I had named the song before I had introduced myself to her so it was almost scary when she shook my hand for the first time and told me her that her name was ‘Laura’.

What’s your songwriting process like? As someone that used to mainly write about relationships, was there one thing that made you want to write songs with political undertones?

It’s all in the last 4 years of political turbulence, the ongoing refugee crisis, the #MeToo movement, that a person like Trump can be elected by people to such a powerful position…it all took the breath out of me. I had to take a break from watching the news for a while as it was too depressing for me. Then came Brexit and the UK election and just made things worse. I guess I had to write about it to get my thoughts and feelings on paper.

Was there one moment where you knew music was a career you wanted to pursue?

When I started to take singing lessons and also started to see more live shows I felt very inspired to take music seriously. At that point, I knew that as soon as I had finished my 12 years in school, music would be my sole focus. I am so glad I followed my gut feeling.

Your highly anticipated debut album ‘Blossom’ is out January 2020. What can we expect?

It’s a 12-track record with my wonderful 4-piece band at the core but with lots of backing vocals, strings, horns and pedal steel to make it as vibrant and varied as I had envisioned. It’s folky in places but also with bigger more modern production too. I play both acoustic & electric guitar, Omnichord and a grand piano on the record. I talk about my inner feelings but also reflect on the outer world and share both my hopes and fears.

We know shows don’t always go as planned. Do you have any embarrassing and/or hilarious on-stage screw-ups that have stuck in your mind?

Sometimes in London when you play the standard smaller rock venues that don’t have the best stage monitors you can’t really hear your guitar or your singing if you are playing with drums. You then have to go more on muscle memory and hope for the best which isn’t optimal. I also remember one very snowy cold winter evening in December where I ended up playing to one man and his dog! Those moments you doubt yourself more than when the room is filled with an eager attentive audience.

Looking back from your first concert ever to now, how do you feel like you’ve grown during this time?

I have always suffered from stage fright but the more concerts I do the more positive the concert memories I have to look back on and that fills me with a confidence I didn’t have in my early days of performing. I also feel that through the years I have become a better singer and musician and that journey of experimenting and getting more knowledge each year is what’s fun and interesting about music. The learning never ends.

Do you miss home when you’re on the road? If so, do you do anything to help with feeling homesick?

The tours I have been on so far have been a lot of fun and left me with a longing to do more. Roll on 2020!

When it comes to my London life the song that comes to mind is ‘Gnarls Barkley – Crazy’ not only because I love the song but also because it represents the high energy that the city brings. When I think of Sweden it would be more in line with the folk band First Aid Kit. If I think back on my childhood and exploring music then it would be the songs of Tracy Chapman or later in my years studying music at University in Malmö it would be Lauryn Hill – MTV Unplugged that I listened to every night until the CD actually broke.

I want to start playing this record live next year which will be so much fun. I have also started composing my next record so I want to do a lot more writing next year. I would like to do more songwriting trips to Sweden and LA but also explore co-writes with other songwriters and artists here in London. My dream that I hope to realise in 2020 is buying a house by the beach in the South of Sweden where I am from and build my first studio by the sea!