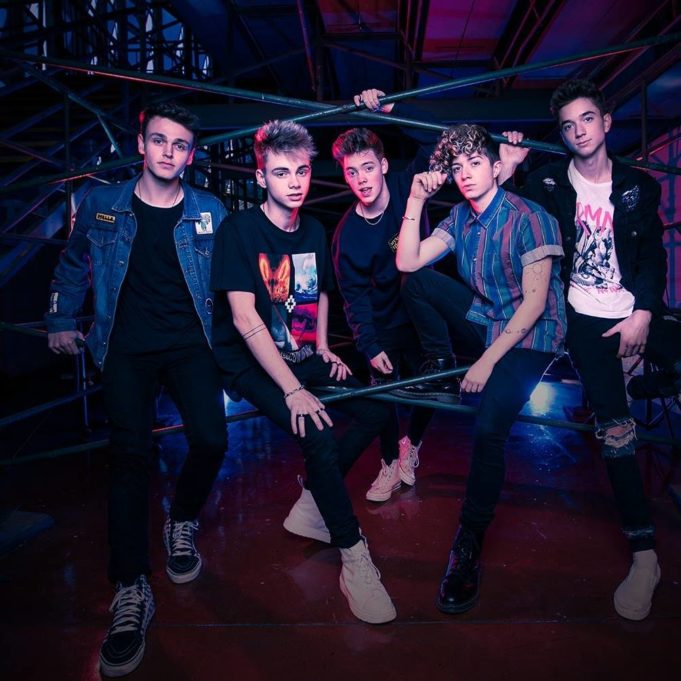 The All-American boyband ‘Why Don’t We’ are on the road to be the next One Direction.

Formed just over 18 months ago, Why Don’t We are already becoming a global phenomenon. Their debut album ‘8 Letters’ was released in August and debuted in the Top 10 of the Billboard 200. The album’s title track has received over 51.2 million global streams to date and the official video has had over 20 million views.

So how did these guys manage to gain an incredibly large fanbase in such a small period of time? I chatted to Jonah, Jack, Daniel, Corbyn and Zach over the phone whilst on the road for their current European tour.

Jack- Good thanks, this tour is insane!

S- Wow, very jealous! You guys just released your album ‘8 Letters’ a few months back, How did it come about?

Jonah – We put a lot of hard work in this album, we started working on it back in January and we thought it was time to really go in on a project.

S – Your playing at Eventim Apollo next week, a very iconic venue in London, What can fans expect?

C- Oh Boy! I think they can expect a grand old time!

Jonah- Right now for me is 8 Letters, I just love it when the crowd sings it back! It’s unreal

C- Yes Sophie! Trust Fund Baby is for sure one of my favourites!

D- I agree with Jonah! When we sing 8 Letters, there’s no screaming just really really loud singing from the crowd! It’s amazing

Jonah – Ok let’s just go with Who We Are

S- What makes Why Don’t We stand out from other bands on the scene?

Jonah- Well I think that we put a lot of who we actually are into our music and performances! We’ve been making music that we wanna make and not by going by any industry standards! We’ve kind of just been doing it our own way!

S – What’s been the weirdest gift you’ve received from a fan?

C- I got a half-eaten chicken nugget

S- Wow not even a full nugget?

C- No! I just really wanna know who ate the other half

S – Who has the worst habits?

C- I think most of us have ‘looking in a mirrorism’

Jack- Is that even a real word?

D- I think that’s about it

C- Is that a habit though?

S – What has been your favourite memory from the tour so far?

Jonah- Well in Dublin they broke out into ‘Olé Olé Olé Olé’ and the theatre was insane! What a great show!

Jonah- there is a lot of essentials because if you think about it, we actually do live on the road! Currently feel like I have my whole room in my suitcase

S – What would be the theme song for your life?

S- Thank you for that! Never been serenaded before…

Jonah – What’s next for us? Wow…well definitely new music, we’re always working on something

D- We’ve been writing a lot of music!

C- we have a book coming out which is pretty exciting

Why Don’t We play Eventim Apollo next Thursday 25th October. Their Album ‘8 Letters’ is out now.