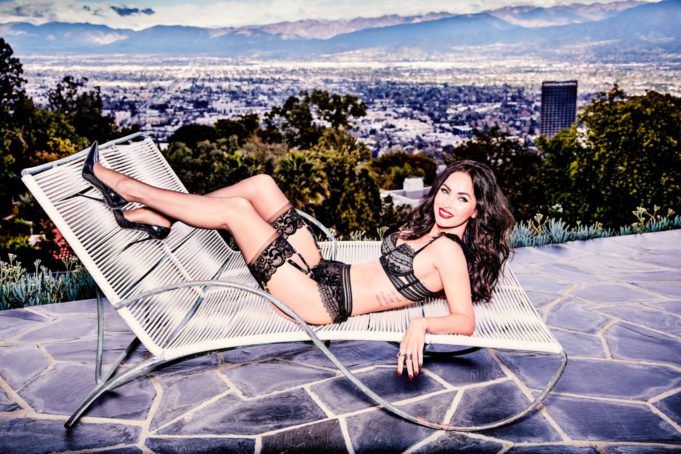 Hollywood actress and super babe Megan Fox, has been named as the brand ambassador of lingerie retailer Frederick’s of Hollywood and have stripped down to her undies for the brand in this racy new video.

Not only does the mother of three, Megan Fox tease in the new video for V magazine and Frederick’s of Hollywood but also shows her playful side and stunning physic. The photo’s oozes undeniable sex appeal and so to does the 30-second (we wish it was longer too) spot, which was shot by celeb photographer Ellen Von Unwerth in the Hollywood Hills. About the campaign, Megan says,

I think women should own what they wear. Confidence looks great on everyone.

Megan also talks about the lingerie lines and says,

I feel more empowered and confident… These pieces make you feel an awakened appreciation for your body.

And we couldn’t agree more. Megan Fox has got us feeling foxy in these new images and video.

Why not head on over to Frederick’s of Hollywood and take a look at Megan Fox’s top lingerie picks.