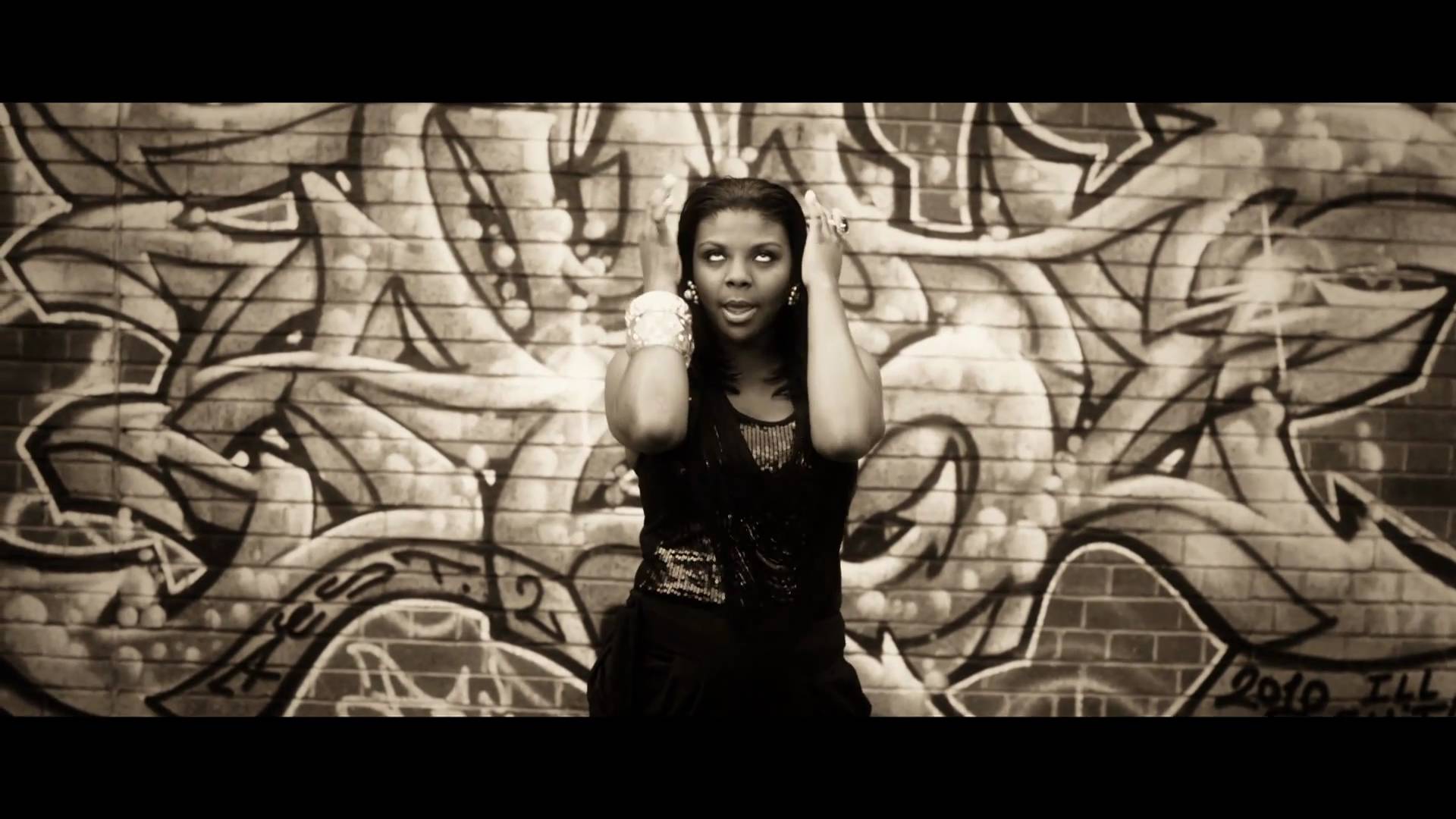 After the success of funky house anthem Go, Meleka has been busy penning Miss Me, a follow up and another certified club banger. When she is not waging a lyrical war against waste men, Meleka works hard and stays grounded. However, there is also a very weird and wonderful side of Meleka that includes hammer-time toes and being attacked by a flying loaf of bread…

Your last single Go, got loads of airplay. How did you feel the first time you heard your single on the radio?

It was like a shock and it wasn’t just the first time I heard it – every time I heard it, I would be like, ‘…that’s me’. Even up to this week, I was getting ready to go to a meeting and I heard it on the radio… it still shocks me.

I’ve heard so many girls say, ‘that song helped me get rid of my ex’. How does it make you feel to hear that?

I kind of feel bad (laughs). I don’t want to be responsible for braking people up.

When it comes to relationships, are you a no-nonsense kind of woman yourself?

I’m definitely quite stern and I know what I want. I’ve never really had anyone cheat on me, so I’m not sure how I would react in that kind of situation, but I’m a very realistic person. I always say, you can’t force someone to be with you, you can’t force someone to love you, so if they don’t or they don’t want to, then that is absolutely fine, that is their decision and you have to just have to keep it moving. It’s not even worth the drama.

…I’m that kind of person. There’s no argument or anything like that, as long as you are honest, I’ll be honest. Go your way, it’s absolutely fine, that’s the way life goes.

In the video for Go, you kill your cheating boyfriend. Who came up with that idea?

The original idea was thought up by the director, Ben Jones. And literally, the way you watch it is the way I read it for the first time and I just thought, wow this is fantastic. But the director is the sick one and I’m just the one who acts it all out (laughs). And maybe I didn’t kill him…?  It was left kind of open.

What can we expect from the Miss Me video?

The Miss Me video will clarify some of the questions from the Go video. Miss Me is a follow-up to Go, so everything will be explained. You’ll have to watch and find out.

Can’t wait. Hope no one else dies…

You’ll have to wait and see.

How did you get into music?

I’ve grown up around music. I’ve been in music all my life and I’ve sung ever since I was little. When I was like four or five, I used to sing on the bus and go round with a hat for people to put money into (laughs). I’ve always loved singing, I’ve always loved dancing and I come from a really musical family. I used to go to Sylvia Young’s Theatre School as well… so I think it was pretty much pre-determined.

Rick Clarke is your Godfather, Janet Kay and Carol Thompson are both close family friends, it must have been very inspirational growing up around those people?

Yeah, very inspirational. I think my Dad was one of the first people to take Janet Kay into the studio. I learned a lot from just being around them.

Have they heard your music, what do they think?

I went to see my uncle Derrick the other day and I played him some stuff. He is always really, really supportive and he’s always really excited about my projects. He helps me and gives me advice, I’m really lucky.

What advice have they given you about the music industry?

He has always said that the industry is difficult but if you get it right, it can also be very rewarding and lot of fun. Also, you just have to keep on trying. A lot of people will say ‘no’, you will get the door slammed in your face, but you have to keep trying. Every single record company turned down The Beatles… so never give up and don’t quit.

When can we expect an album from you? And what type of music are you planning on having on it?

The album will probably out at the beginning of next year. I think it’s going to be a little ‘mix pot of Meleka’ (laughs). I’m going to definitely experiment with different types of music and I’m working with a UK hip hop artist at the moment. I’m definitely just going to see where the music takes me. I love all different types of music. My musical taste is very eclectic, so I wouldn’t just want to stay in one particular genre, I think it’s good to experiment and try new things.

Go was originally a slow jam and was remixed into funky house. I have worked with The Basement Jaxx, who are obviously not funky house either.

Miss Me and Go are both real lady’s anthems, did you write them with that idea in mind?

I just write songs. Go was co-written and I wrote Miss Me on my own, it was never meant to be a follow-up to Go, it just happened, but I’m glad that they are quite powerful songs. I’m a young lady growing up and  that’s what I want my songs to represent and I think maybe that’s why people find them so easy to relate to.

You worked with Kelis and The Basement Jaxx, Don-E, Chipmunk. Who would be your ultimate collaboration choice, dead or alive?

What are you up to at the moment?

I’ve been writing a lot and working with different people. I am also doing a lot of live PA’s at the moment. I have just started my new blog: www.worldofmelekamusic.com Which I’m going to update every week and it’s just about me and my life and my love of shoes and my love of music. I’m extremely accident prone too, so I’ll be documenting what happens to me and all the accidents I have. (Laughs)

What has been your worst accident?

Well, I’m not the best driver. (Laughs) After passing my driving test, I had three car crashes in the space of six weeks. That works out to be one crash every two weeks.

Oh no, you really need an Oyster Card…

(Laughs) I’m good now. And the other day, I walked passed some bread in the shop  and it just jumped out at me and fell on the floor, I think it was only because I walked past that that happened.  If I’m not having accidents, I’m always having weird things happen to me, like that.

Who is your favourite shoe designer?

My favourite high street brand would probably be Aldo or River Island and Bershka, they do some nice shoes. But Aldo and River Island are definitely my main places. My ultimate designer would have to be Christian Louboutin.

I’m not a fan of other certain designer shoes. It’s not that they don’t have nice designs, it’s just that I don’t have very nice feet and they show a lot of the toe area and I just wouldn’t do that to people, it’s not a pretty sight.

Meleka’s new single Miss Me, is out on September 20.

For more information on Meleka, please go to: