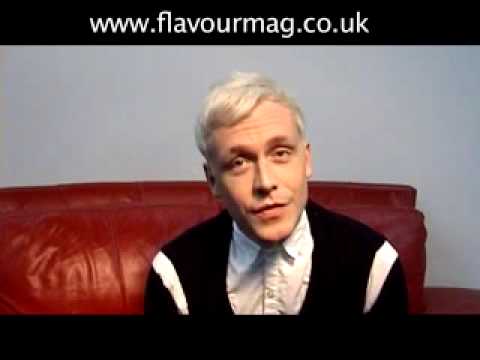 The Golden Age of Hollywood glamour and style sometimes seems like a fairy tale in a far away land. Here Mr Hudson, D Boy, Lethal B, Reggie Yates and Griminal bring that era of elegance and enchantment back with a modern twist.

The Golden Age of Hollywood glamour and style sometimes seems like a fairy tale in a far away land.Here Mr Hudson, D Boy, Lethal B, Reggie Yates and Griminal bring that era of elegance and enchantment back with a modern twist.

“Wherever I charge my phone that’s my home,” that’s what Mr H says. Flavour gets on the couch with the crowd surfing musical polymath who’s impossible to pigeonhole other than ‘hotter than July’

From hotly tipped newcomer when performing with the collective Mr Hudson and The Library to the one man supernova of this year’s music scene, Ben Hudson is one of those rare musical geniuses that can’t be put in a box.

So how did the stylish Oxford Grad end up signed to the swaggeristic Kanye West’s label? It’s not what you’d call a typical pairing but “That’s the power of music,” explains Mr Hudson, reclining elegantly in a cream leather sofa before taking part in our Hollywood glam photoshoot. ‘I managed to slip into a playback session for Graduation and Kanye was like (puts on a gruff Chi town accent): “Oh yeah, the guy who wrote Cover Girl”. His girlfriend came over and we all started singing it. We spoke and he suggested we should do something, he flew me out while producing on 808s and The Blueprint III but things happened slowly.’

Was he seduced by US gloss? “Nah, I’m still a London boy. I’ve got no plans to relocate there, but who knows? I live out of my bags right now, wherever I charge my phone that’s my home.”

And while Mr Hudson admits that Kanye is the most memorable artist he’s worked with, he is keen to point out that he is undoubtedly his own man. “I’m nobody’s protégé,” Mr H proudly proclaims. “People love to stick the ‘Kanye West’s Protégé’ label on me. We collaborated! I’m not a fly-by-night hip hop add-on.’

That’s certainly true as he is now touring with house music impresario Calvin Harris. Is it a match made in performance heaven? “Our crowds mesh well. It’s always the crowd that makes the performance. You can give the performance of your life, but if you’re in an empty rehearsal studio it means nothing.” And while Calvin’s known for being a bit of a caner, Mr Hudson can more than keep up. “I’m the wild one on this tour,” he says. “Really!” I reply in mock disbelief. But does he crowd surf? “Yeah baby!” he say’s excitedly. “I love it.”

Amid touring, Mr Hudson released the eagerly anticipated album Straight No Chaser. The album contains tracks full of heartbreak and banging beats and saw him solo in the studio for the first time.

“I’m more confident now – before I was clueless. I control the studio; know what all the buttons do. But I’m not proud, some of the guys (from The Library) passed through to give me advice. And others (Kano, Sway, Estelle) would drop in and I’d ask what they thought about certain tracks.” He doesn’t write off the possibility of recording with The Library again. “People seem to think I chopped their heads off, but Joy and Wilkie, who were part of the Library, are actually on the album and the others wanted to do their own thing.”
Many of the songs like Supernova, his first hit single, tell the story of a tough break up. Mr Hudson swears that, although the album contains emotion and was cathartic, it is by no means autobiographical. “It’s not like I documented what happened blow by blow. I still care about the person, but you move on. It’s about how listeners feel now. What’s been a big compliment is people getting in touch to say certain songs helped them, be it over a break up or loss of a loved one. If my music helps, great.”

The album boasts many influences from reggae to rock. “There’s even a banjo on one of the tracks. A demo from an unsigned artist could inspire me as much as a classic. My music is for everyone from housewives in the Home Counties to hood rats in Hackney. I go from supporting Sting at the Millennium Stadium to making remixes with Lethal B, then drinking tea with the Queen!” Mr H would equally be at home at a society ball or a grime rave (which he proves by breaking into the Migraine Skank).

So what’s next for this indefinable music superstar? He confesses a fantasy collaboration. “Imagine me working with Artic Monkeys and getting Alex Turner to rap.” Reggie Yates interrupts to say Mr Hudson should jump on the beat box with Turner rapping. He laughs, nodding in agreement: “Yeah that would be wicked! He doesn’t know about it yet though!” Hey Alex – get in touch!

Practical tips to help you travel in style

Dodgy Plumbing, Damp and Pests – Is Your Landlord Affecting Your Health?