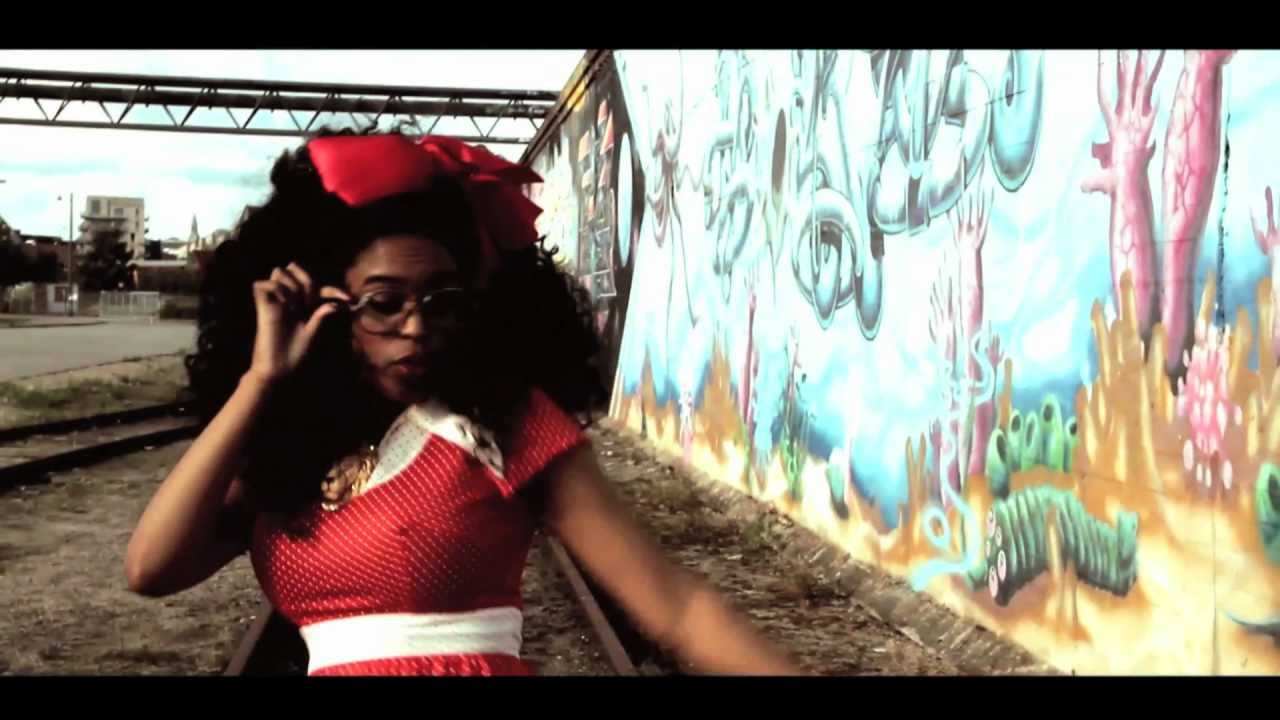 Shock Absorber is the debut single from Mercedes – a model, dancer, singer and… on one occassion an actor in a film by John Malkovich. Born in London to her Jamaican father, Mercedes grew up in Copenhagen with her Indian/South American mother. With plenty of musical knowledge and influence thanks to her mother’s DJ friends, it was an early start for Mercedes. She formed her own dance group with some friends and later modelled for the massive iPod U2 Vertigo commercial.

But now her music career is her priority, headlined with Shock Absorber (listen here) and the future release Airwave Hustler. With an energising hip hop slash electro vibe, this “granny chic meets 80’s hip hop diva” is bound to set the radio waves buzzing. We caught up with Mercedes to find out a bit about her journey to becoming a music artist and what has she got up her sleeve.

Tell us about your new track Shock Absorber – what does the song mean to you?
To me Shock Absorber is about creating an atmosphere that people can shockout to, and as my lyrics suggest it’ll be alright…I got them because I’m the shock absorber! I want people to have fun with my tune.

How would you describe your style?
I would say my style is a fresh mixture of old school hip hop, pop and electro music. Basically it’s an old school flavour with a new school attitude. Yeah boy!

You’ve grown up with plenty of knowledge about various music artists thanks to your mother, but who has had the biggest influence on you?
Thanks to my mother’s DJ friends my biggest influences from growing up are Salt n Pepa, Roxanne Shante, Monie Love, Beastie Boys, Queen Latifah, Digable Planets, EPMD, Tribe Called Quest, Mc Lyte and KRS One. I was also exposed to other artists such as Grace Jones, Bjork, Portishead, George Clinton and David Bowie. This eclectic mix has definately influenced me.

We’ve seen the trailer for your future music video of Airwave Hustler – what’s it about?!
The video for this tune is mainly about one of my personas which is a robot called the Airwave Hustler. She/He is the conductor of the airwaves! The robot is the crazy maestro of rhythm from the planet Funk! There is no real narrative to the video I just wanted to show different sides of my personality which is playful, feisty, Red Riding Hood and meeeeeee.

In your early years, you were part of a dance group, and then became a model, and toured as a dancer for numerous artists –what has been the most exciting part of your life so far?
Those early years were loads of fun and I got to meet some really cool people such as LL Cool J, Will.i.am, Snoop Dogg and Robbie Williams but the most exciting part of my journey so far is what I’m currently doing. When I heard my song Shock Absorber on the radio for first time it was absolutely amazing and releasing my first single is great.

As one of the rising stars from London, what do you think about the future of music in terms of UK talent?
I think there’s some really exciting things happening on the UK music scene at the moment. People such as Dizzee Rascal, Tinie Tempah, Florence and the Machine and Magnetic Man are creating a great platform for new artists like me. I think it’s looking good for British talent at the moment because we have a way of creating new musical genres which influence the rest of the world and we show it’s alright to be different.

Clearly a very talented young woman, with dancing, modelling, lyric writing, and singing – have you thought about acting?
Actually I have already done some acting. I was in a film (The Hideous Man) written and directed by John Malkovich! To be honest I was pretty shit though, so for now I’ll carry on concentrating on my music I think!

Can you reveal to us something about the music industry; in terms of style and personality, do you have complete control in how you present yourself?
I have my own personal style. I like to mix it up and mainly shop in charity and vintage shops, because I know that I’m more likely to find one off pieces. I like to look fresh but I dont follow trends, as I like to create my own thing that works for just me. I would describe my style as granny chic meets 80’s hip hop diva! I have an input on how I do my videos, photo shoots and song writing….so yes I do have control of how I come across. No one puts Mercedes in the corner 😉