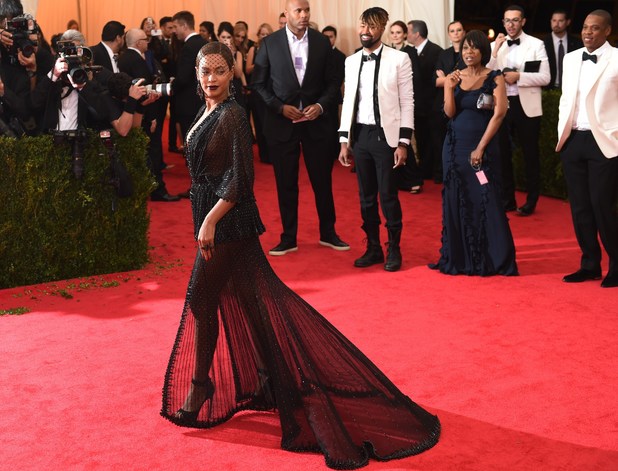 It’s that time of year again, specifically Met Gala time!!! So, for those who don’t know, the Met Gala (also known as the Met Ball) is an annual fundraising event that benefits the Metropolitan Museum of Art’s Costume Institute. Trust me, anyone who’s anyone is invited and the theme of the evening is usually ‘go big or go home’.

This year there were a lot of nudes, clean lines and embellishments which made for the most extravagant red carpet in history. However, there were a few who let themselves down so here is my list of those who hit the mark and those who committed fashion suicide.

Kendall Jenner in Topshop – The second youngest Jenner sibling definitely made a statement in this nude, fitted fishtail gown. The 18-year-old was definitely proving a point that even though she can afford the world, she’s a high street girl at heart. Victoria Beckham in Victoria Beckham – A little bit of shameless self-promotion here on old Posh Spice’s part but it definitely paid off. Her creation was fresh, clean and fit her tiny shape perfectly. Rita Ora in Donna Karan – She looks like a modern day princess and I love it! Her figure looks amazing and the thigh-high strappy shoes give the outfit an urban edge. Frank Ocean in Givenchy – The soul singer looked suave in a monochrome suit and dicky bow. Emma Stone in Thakoon – The actress looked pretty in pink as she walked the carpet with beau Andrew Garfield. Alexa Chung in Nina Ricci – Evidently, Alexa’s wardrobe set on fire before the ball so she opted for a creased, dirty bed sheet instead. Hmm thrifty! Rosie-Huntington-Whiteley in Balmain – Recreating Russell Crowe’s character in Gladiator is not a good look for the usually on-point model. Beyonce in Givenchy – The sheer black dress was, well, it just wasn’t good. Ill-fitting, unflattering and more cheap than chic. Gabrielle Union in Prada – That dead crow you saw on the side of the road on your way to work this morning? Well it might actually have been Gabrielle Union. Hideous. Lupita Nyong’o in Prada – I’m not sure whether Lupita belonged up a tree more than on the red carpet at the met ball but the latter won. Unique but sadly a look I doubt will be catching on anytime soon. Kim Kardashian in Lanvin – Her style might have changed dramatically (for the good may I add) since fiance Kanye West got involved with her wardrobe choices but this dress is in no way flattering. She looks very bottom-heavy and the side split makes her appear shorter then usual.