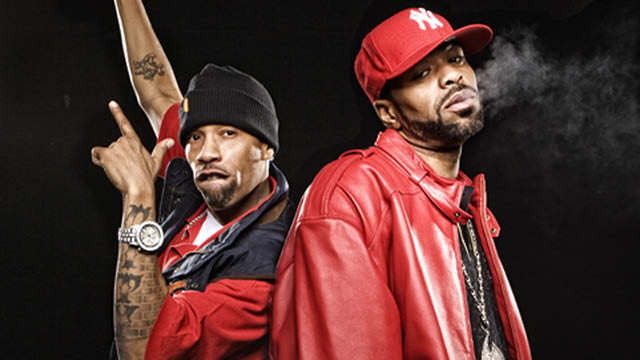 Recognized as one of the most talented and significant forces in hip hop, Method Man and Redman return to the UK, bringing their famous energy to the stage in both London, Manchester and Birmingham on 22nd, 24th and 26th April, respectively.

The hip hop duo, consisting of East Coast rappers Grammy-winner Method Man [of Wu Tang fame] and Redman [from Def Squad].  With an impressive back catalogue between them, they have been collaborating since 1994 and even co-starred in Fox sitcom Method & Red.

Method Man, although best known as a rapper and for his work with Wu Tang, has appeared in films such as How High, Garden State and The Wackness. He also starred in critically acclaimed HBO show The Wire.  In 2012, The Source placed him on their list of the Top 50 Lyricists of all time.

Redman can count rapper,DJ, record producer, and actor among his accolades. He rose to fame in the early 1990s as an artist on the Def Jam label.  He co-starred with Method Man in How High.  In 2015, he released a collaboration with New York-based streetwearbrand Mighty Healthy.

Together, they bring a show unlike any other and still unrivalled by many of their contemporaries and successors – with an insane amount of energy, incredible showmanship and straight-up entertainment, this is definitely one not to be missed!