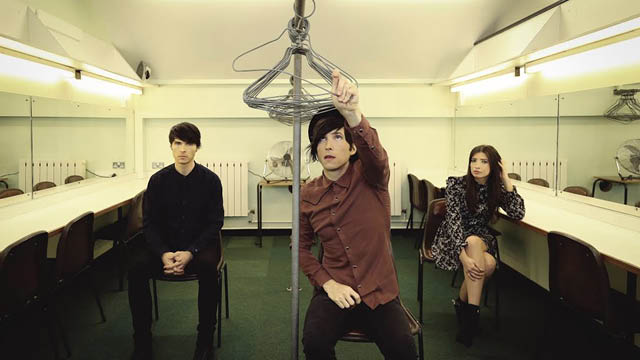 Birmingham three-piece, Miccoli are set to release their new single on AFA Records on the 3RD of March 2017.

‘Idle Stranger’, the follow-up to last year’s ‘Silent’ EP, was self-produced and recorded at Clarion Studios in Penang off the coast of Malaysia. Available to download from all the major outlets, the track is a near perfect piece of infectious Indie Pop which completely encapsulates the band’s vocal harmonies and ear for a catchy tune. The first indication of what to expect from the eagerly awaited debut album, the new single is accompanied by a stunning video filmed in Venice and directed by up and coming photographer Valentio McKenzie.

After spending most of their childhood studying and making music, twin brothers Adriano (vocal and acoustic/electric guitar) and Alessandro (piano, vocal and acoustic guitar) teamed up with their younger sister Francesca (vocal, piano and harmonica) and decided to form the band a few years ago.  Taking inspiration from the likes of Simon and Garfunkel, The Police, Crosby Stills And Nash, Fleetwood Mac and the classic hits of Motown, the three siblings set about crafting their own blend of haunting, melodic and eclectic sounds to great effect.

Miccoli has since toured extensively throughout Europe and America; hanging out with Motley Crue along the way and have recently performed at the Wireless Festival in Hyde Park. Previous singles have attracted the attention of public and critics alike and have seen them feature on American, British and Asian television and pick up airplay on national and regional BBC radio as well as Internet and college stations across the board.

Having spent the last year in the studio, the band are now ready to set out on the road again and perform the songs that will make up the forthcoming debut album. In what promises to be a busy and exciting year ahead, they will announce live dates in the very near future.