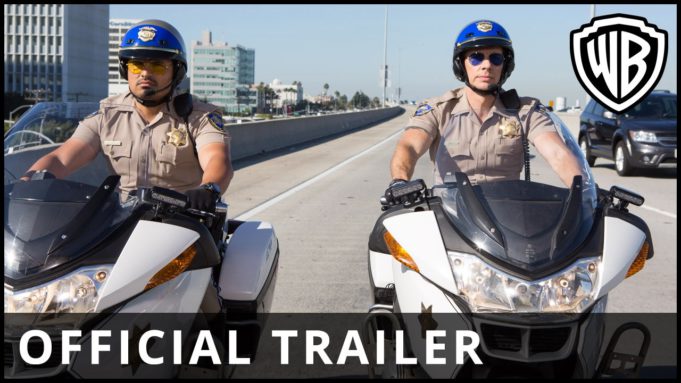 Warner Bros. has released the trailer and poster for upcoming high-octane comedy Chips, one in which shares a special kind of bromance between these hapless motorcycle cops.

Chips, which has been inspired from the 70’s American TV series which was created by Rick Rosner, not only has Michael Peña and Dax Shepherd as joint leads straight-laced cop Frank “Ponch” Poncherello and adrenaline junky Jon Baker but also see’s Shepherd in the director’s chair.

If the trailer is anything to go by this cop buddy adventure looks like one hell of a goofy, bad taste, gagged filled rollercoaster of a ride. Jon Baker (Shepard) and Frank “Ponch” Poncherello (Peña) have just joined the California Highway Patrol (CHP) in Los Angeles but for very different reasons.  Baker is a beaten up pro motorbiker trying to put his life and marriage back together.  Poncherello is a cocky undercover Federal agent investigating a multi-million dollar heist that may be an inside job—inside the CHP.

The inexperienced rookie and hardened pro are teamed together, but clash more than click, so kickstarting a partnership is easier said than done.  But with Baker’s bike skills combined with Ponch’s street savvy it might just work…if they don’t drive each other crazy along the way.