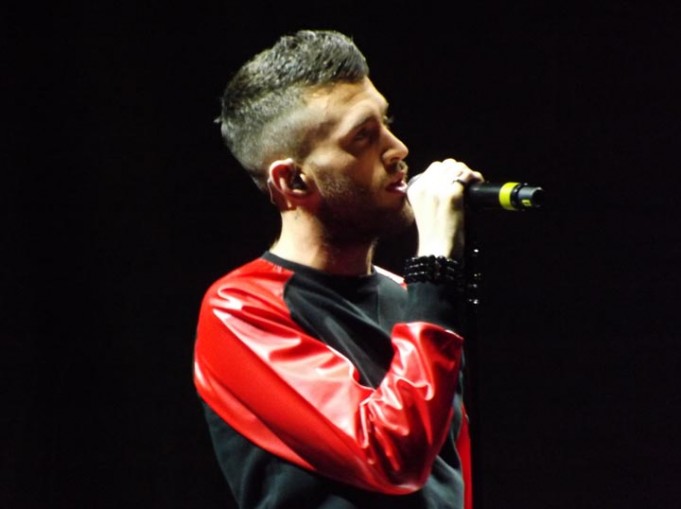 South London based singer Mike Hough, has been blowing up his ‘independent artist’ label with a forever evolving string of incredible achievements under his belt. With YouTube only being the starting point, Mr Hough has managed to build upon his profile brushing through many heights.

On top this, Mike has an amazing team behind him including his live band who only add to the atmosphere. After touring with the likes of JLS on their ‘Goodbye Tour’ last December, Mike’s fanbase hasn’t stopped growing along with the consistent support of fellow artists in the industry.

Following on from the tour, Mike has since released a hit ‘Better’ which reached the top of the RNB charts earlier this year

Now selling out venues such as the famous ‘Jazz Café’ and having the MOBO’s hosting his EP launch party, we are very excited to see where Mike’s journey takes us in 2015. From our perspective there’s only success to come from this insanely talented vocalist.

Following on from this, we managed to get a Q&A in with the man himself… Thanks so much for having me! So to begin with, we are going feet first into your world of music… How did you first become noticed on the music scene?
Through YouTube.. I started YouTubing around the age of 13/14 and i was lucky enough to get my video’s spread viral online which lead to many other opportunities.

What made you choose the genre in which your music is based under?
I have always listened to R&B/Soul as well as Pop/Rock so it was just a fusion of what I love to listen to, and that’s what lead me to make it. I think its important as an artist to make the music you would listen to. It makes you happier.

How would you say your sound of music reflects you as an individual?
My music is very relaxed and easy listening, and I’m a very relaxed guy so i believe it definitely has a big reflection! Lyrically too. I wrote a lot from the heart so what you hear is what I’m going through in my life.

Did anyone in particular influence you and shape you into the artist you are today?
I think I have so many type’s of Influences.. From my mum, to my lifestyle, to my favourite artist’s. I like to learn a lot from a lot of different aspects in music, so I wouldn’t say anything or anyone in particular, it’s a whole mix of things!

What do you feel is the next step for you?
I’m currently in the studio making new music so 2015 will be all about them new songs, new shows and more progress! Onto our next topic of ambitions and dreams…
Where do you see yourself in 5 years’ time?
Happy! That’s most important. I see myself happy and successful. However that works out I know that I’m on the right path. I pray that my music is known worldwide by then.

Do you have any set goals you wish to achieve? If so please elaborate.
I want a number 1 single and a sell out tour! They are my biggest goals!

After touring with such well-known artists, has it changed our mind-set at all? In terms of the expectations of touring.
Touring really isn’t glamorous haha. But I mainly learned that it is such hard work! After seeing some of the biggest UK artists perform night after night with the same energy, it taught me how much really does go into touring. You have to remember that every night is a new show for somebody in the audience, if not the whole audience, so I learnt how important the stamina and self-drive is!

What artist would you most relate yourself to? Again, in terms of where you see yourself in the future, which they may currently be at.
That’s tricky, because I want to create my own path and success, but I think in terms of who i’d like to follow in the footsteps of, it would have to be Adele. Creating a timeless album that is all about the music – that’s my dream! Furthermore, I’d like to move onto your likes and dislikes… In regards to:
The industry
I like the buzz, the excitement and the competition. It’s a thrill! But I dislike the politics, the bitching and the snakes. People are always out to do better than you, and will do whatever it takes to do so, and sometimes that can be bittersweet especially when you had respect for that person.

Being an independent artist
I like being in control and being creatively free to do whatever I like. I dislike the money, its tough to be an independent artist without funding from a major record label, you really have to utilise what you have and make sure it goes to the right things. But its worth it in the long run. The final topic, I would like to base on dating. Is it ok for a girl to ask a guy out on a first date?
Of course. Someone has to do it and if whoever think’s it’s right to do so first has the ball’s to do so, then go for it! Just make sure if he says yes, he then takes control as the man on the date and treats the girl like a lady.

Give us 3 do’s and 3 do not’s on a first date.
Do’s: Compliment them. Pay attention to what they are talking about, and give good eye contact! Don’ts: Don’t paint yourself out to be somebody you’re not. Don’t get too drunk! And don’t fool yourself, if you get good vibes then go with the flow. If it doesn’t work, text your friend and tell them to call you and say your pet Hedgehog has died to get you out of it hahahahaha.

What is your biggest misconception about women, when growing up?
That they are saint’s! Most women will say they are a good girl, but I’ve met some naughty one’s in my time! Haha.

[Tweet “@MikeHoughMusic Most women will say they are a good girl, but I’ve met some naughty one’s in my time! Haha”]

What’s the worst date you’ve ever been on?
I don’t really date much, I prefer just hanging out and getting to know each other casually. I find that much more realistic and not so much pressure. So I’d be lying if I said I have had a bad date and I haven’t!

If you had to choose one of either Kiss, Date or Marry out of these 3 women, which one would you choose to do to who? Tulisa, Beyonce, Ke$ha.
I would Date Tulisa, Marry Beyonce and kiss Ke$ha!

So there we have it. Mike is a very fun-loving individual who loves doing what he does best and goes to ridiculous lengths to make his supporters happy. Make sure you get on board and follow his journey –