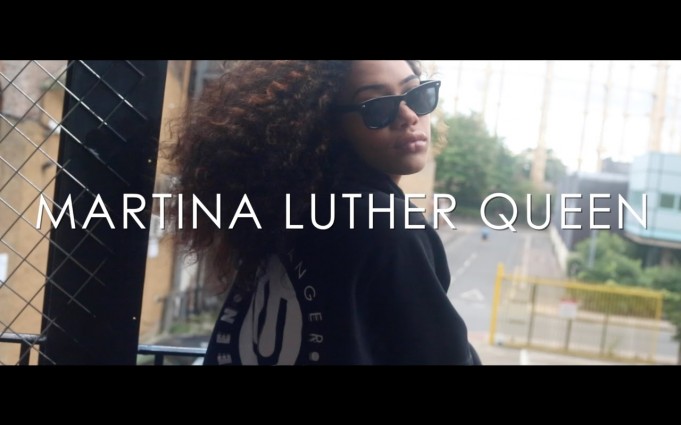 Motivational speaker and certified lyricist, Mikel Ameen takes us back with his nostalgic yet very timely ‘Martina Luther Queen’

MLQ is a visual celebration of female style and flare set over what-can-only-be-described as an empowering BANGER!

London born Mikel Ameen is a leader of the World Changer Music movement. His message is refreshing; an undeniably, positive and welcome representation of our younger generation’s rebellious, revolutionary spirit and artistic expression.

Sonically, Mikel Ameen fuses all aspects of his culture and upbringing spanning London’s grime music, the dancehall rhythms of the Caribbean and the fierce drums of Africa.

Every woman is a queen and should feel like one

Lyrically, Mikel has proven to be intriguing and receptive to different cultures, generations and demographics. He fearlessly tackles current affairs with honesty and a touch of humour which is all too lacking from our elected peers.

Mikel’s passion and respect for music production and performance pays homage to late global entertainment forefathers such as Bob Marley, Michael Jackson, Tupac and even Walt Disney – their collective influence can be heard in his music.

Mikel’s talent and unilateral appeal has generated an incredible range of support: He’s been covered by The Guardian, had front cover of Young Voices magazine and featured in lifestyle magazine, Pride. He’s wowed festival crowds at T4 on theBeach and also at London’s OlympicPark. At radio Mikel has been supported by BBC’s 1Xtra DJ’s Ace, Nick Bright and DJ Target. His stage credentials include opening for US Hip Hop stars; Wu-Tang Clan, Juelz Santana, ImmortalTechnique, Public Enemy as well as UK stars Chipmunk, Wretch 32 & Tinchy Stryder!

As if the aforementioned achievements and accolades were not enough, Mikel has also toured across the world as a Motivational Speaker to the benefit of tens of thousands of young people – its no wonder why his movement is described as World Changing.