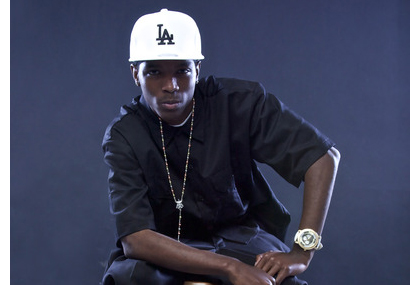 Mikke Ripper  is an up and coming artist, songwriter and entrepreneur from Chicago Illinois. The Hip-hop artist began writing poetry at a very young age and has heavily incorporated the art into is music. We caught up with poetic lyricist to talk about his views on the industry, his influences and his celebrity crush.

My sound of music in 3 words..!!!! Soul. Motivational and Revolutionary. You’ve previously said that you would like to be seen as a poet and a leader as opposed to a Rapper, why is that?

I always look at myself as a poet like Maya Angelou or Langston Hughes. I’ve always called myself a natural born leader because I always lead instead of follow.

What do you think of the current state of Hip-hop?

Hip-hop has changed a lot but that is hip-hop and the music has gotten more creative with the different sounds and trends of fashion all across the world. I’m a fan of Hip-hop and always will be a big fan.

What hurdles have you had to overcome as an emerging artist?

Well I had to study and master my craft and art as an artist to understand my work which I call my masterpiece.

My musical influences would be Sista Souljah, 2Pac & DMX.

Tell us a bit about your entertainment company Ova Hood and how it came about.

Well, its a company that I started back in the early 2000’s but once it had started to go threw the word of mouth of fans, my management team felt that it was time to make it even bigger as a company. So at this point Ova Hood Entertainment is working on a lot of projects that I can’t speak on right now….hahaha but just keep your ears and eyes on the company as it expands.

Where is the worst place you have ever performed?

The worst place I ever performed was at the Boys & Girls Club when I was 13yrs old. The mic’s were terrible and I was nervous because the audience was way too rowdy, plus cops came and started arresting people because a fight broke out.

Do you find it difficult to find a balance between career and relationships?

Yes, then no, because it only depends on the person you’re with.

Who is your Celebrity crush?

Aawww man, Tatyana Ali [Ashley] from Fresh Prince of Bel-Air……..Man man man, she is fly still to this day.

What is the best advice you have been given so far and who was it from?

The best advice a person told me was let your yeses be yes and your no’s be no. It was told by my head manager Vernon Wynne.

If you weren’t an artist, what would you be and why?

If I wasn’t doing music, I would have become a writer. I’ve always enjoyed writing stories about life and some horror stories also. I’m a huge fan of Michael Myers from Halloween.

What do you think about reality shows such as Love and Hip Hop?

Umm, I really don’t watch that much TV. I barely watched the first show of Love and Hip Hop, but it was very interesting from what I saw in the first season.

Would you ever consider appearing in a reality show?

No way, that’s not for me . It’s crazy enough you have paparazzi all in your personal life snapping shots all day. I would have to say no thanks to reality TV shows for me.  You won’t have any privacy to yourself.

What is the top three things you could not live without?

God first and foremost. My family and my music.

Where do you see yourself in 5 years time?

In the next 5yrs, if I’m still here or if the world is still spinning. I see myself as an icon and a living legend.

Keep updated with all things Mikke Ripper at www.mikkeripper.com