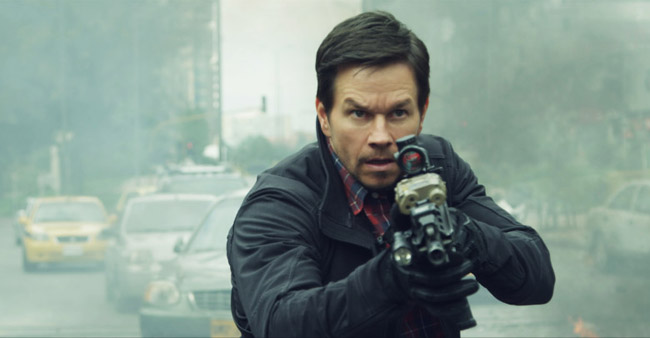 Mark Wahlberg and filmmaker, Peter Berg have previously made an explosive pair with their four collaborations, especially on both Deepwater Horizon and Patriots Day. The difference here lies in the fact that Mile 22 is a frivolous bit of fun for the action duo, whereas the others were based on real-life stories of heroic and heartfelt actions, Mile 22 translates this mindless folly into a nonsensical and incoherent mess.

What we have here is a cross between Zero Dark Thirty and Bourne but without the intelligence of a well thought out and detailed script. Wahlberg plays the role of Jimmy Silva, the leading muscle on the ground of the super-secret, government defected, US intelligence squad. He’s your typical no-nonsense, cold and emotionless man that oozes toxic masculinity. To justify Jimmy’s disposition we are graced with the inevitable flashback sequence of Jimmy’s tough childhood upbringing. He talks fast, moves fast and on some level seems to be quite philosophical.

Part of the plot lies within the title. A team of special operatives lead by Wahlberg’s Jimmy; have to transport their terrorist mark/secret agent (Iko Uwais) after handing himself in at an American Embassy; Having to make a treacherous journey across 22 miles to the safety of his escape plane at his request as he fears for his life. Unsurprisingly, this is just one giant cat and mouse car chase across an undisclosed country, with the odd family crisis call thrown in and an arsenal of violence to justify its action tag; while the men in suits lead by an underused John Malkovich, sit behind surveillance screens and bark orders from the comfort of their secretive hub.

Most of the time, the garbled dialogue makes little to no sense. Paired with the opening twenty minutes of zigzagging camera shots firing its blank ammo at lightning speed is dizzying and frown-inducing. Berg does, however; use his skilful eye to engulf this film with his trademark excellence in action and violence with full effect to distract from a poorly thought-out plot and inconceivable twist that concludes what seems like a rush job.

Mile 22 is out in cinemas September 19th