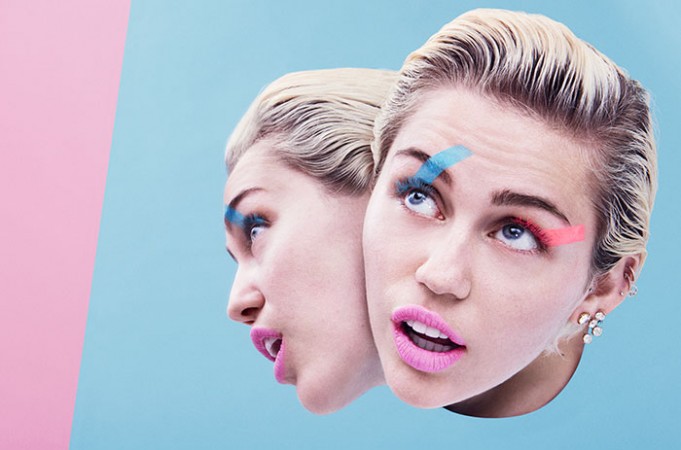 Paper Magazine seem to be pulling out all the stops as well as trying to break the internet with every celebrity cover. Miley Cyrus is stark naked on the cover with a pig. And the images inside show a Miley Cyrus totally nude with paint, mud, and a tiny flower or 2 to cover her modesty. However it turn out is not just another shoot. No Miley is talking on homeless and LGBT youth, animal rights and more. It turns out Cyrus is deeply interested in accountability. At 22, she’s perhaps her generation’s most unlikely social activist, and also one of its most powerful. Now she’s harnessing that influence to counter what she sees as an unacceptable reality: young people being persecuted and cast out for their sexuality. Inspired in part by the death of Leelah Alcorn, a transgender girl who committed suicide in late 2014 after being forced to undergo so-called “conversion therapy,” Cyrus recently announced the Happy Hippie Foundation, a philanthropic venture designed to raise funds and awareness for homeless and LGBT youth. “We can’t keep noticing these kids too late,” she says. Go to PaperMag.com now to see the full interview and gallery