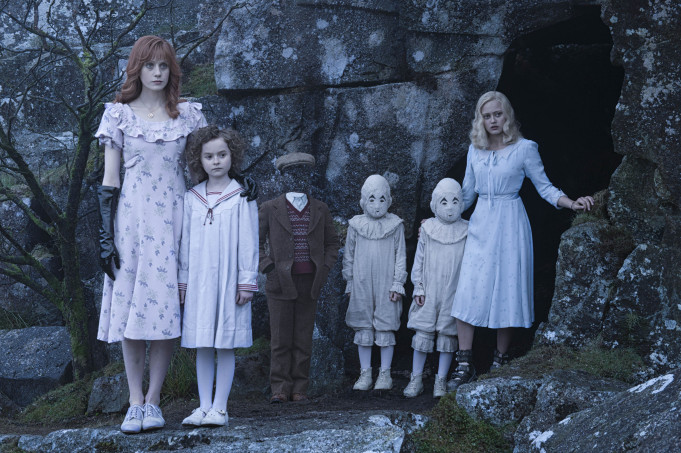 Once a beloved Director, Tim Burton, gave us an insight into the weird and wonderful world of Beetlejuice, Edward Scissorhands and many more darkly surreal atmospheric cinematic adventures.

However, with Miss Peregrine’s Home for Peculiar Children – quite like his most recent offerings including Alice Through the Looking Glass – lacks the heart which is needed to bring this self-indulgent fodder to life.

After the mysterious death of his Grandfather, Jake (Asa Butterfield) – grieving for the man he was once so very close too. Who, as a very young boy would sit in awe of his grandfather’s tales of peculiar children and their special gifts aided with sepia toned photographs – suggests a trip to Wales with his Father (Chris O’Dowd) – supported by Jakes therapist – to find out more about his grandfather’s life as a young man at Miss Peregrine’s Home for Peculiar Children to help with his bereavement. What Jake wasn’t expecting was for his grandfather’s stories to be true as he enters a time loop on his visit which introduces him to Miss Peregrine (Eva Green) – a stern looking head teacher type who has a heart full of love for her children, has the ability to turn back time and turn into a bird. He becomes an instant hit with the peculiar child residents which include Emma (Ella Purnell) – who needs to wear lead boots to stop her from flying away, as well as a girl who can start fires with a simple touch of her hand. It’s not all fun and games for this little family as they find themselves under threat from a sinister force lead by a white-haired and eyed Barron (Samuel L. Jackson) and it becomes Jake’s mission to save them all no matter what the cost.

Whilst the visuals – as with any Burton movie – are immaculately pieced together and a feast for the visual senses it’s our plot and more importantly, a heavy-handed script that bogs down the narrative as we trudge through each scene like we are wading slowly through the mud. No care or attention has been paid to character development and the lack of ability to care what happens to each of these children as they battle the long-legged and faceless monsters screams from the endless loop of soulless time playing out in front of us.

Even through the mechanical script, our cast gives acceptable performances and life is eventually breathed into the monotony on the last quarter. Jackson gets’s more screen time as the jokes flow and the battle scene kicks up a whirlwind of a fight. However, It’s never a good sign when at this particular screening a number of people walked out half way through the film.