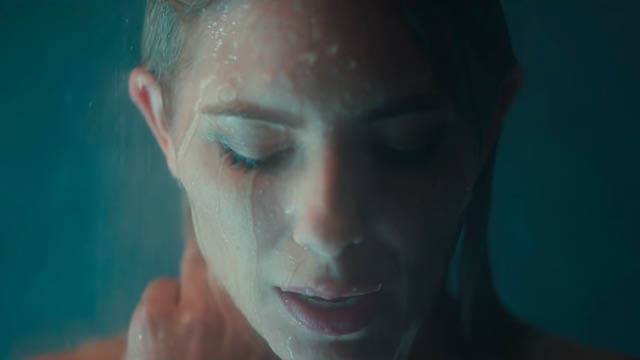 Mollie King aka Mollie Elizabeth King premiere’s a debut solo video for ‘Back To You’ having already sold a staggering 5 million records as part of all conquering girl group The Saturdays.

Now Mollie King finally unleashes her debut solo single, ‘Back To You’. The song is out now via Island Records, accompanied by a stunningly beautiful video, shot by critically acclaimed director Lisa Gunning (Fifty Shades of Grey, Salmon Fishing in the Yemen, Seven Psychopaths).

Written by Mollie and Rob Persuad alongside producers The Blueprint (Ryan Ogren and Nick Bailey), ‘Back To You’ is a dreamy electropop track with an indelible synth-heavy chorus in which Mollie questions her constant return to a relationship which is just no good – ‘why do I keep coming back to you’.

Talking about the track, Mollie says

‘It’s a very personal song to me. A lot of my writing inspiration has come from what I’ve been through over the last couple of years’.

Mollie confesses ‘In a band it’s sometimes difficult to write about personal experiences because there’s a lot of members. My solo material is the kind of music that I love, stylistically this is me and I’m saying things that I want to say’.

Beyond the group, Mollie has established herself as a mainstay of the fashion press, recently being shot for covers by Geist, Notion and Fault, alongside being a permanent fixture on London’s style scene.