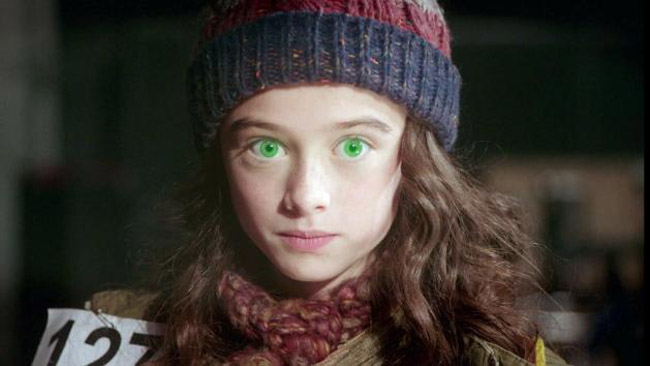 As a Film Critic when reviewing movies aimed at a completely different demographic to me, it is important to always keep in mind the audience that is being targeted.

Thankfully, when it comes to genres, I am as comfortable sobbing over Leonardo Di Caprio drowning in Titanic, as I am fist pumping the air after an Arnold Schwarzenegger pun. However reviewing films such as Molly Moon that are aimed at a much younger audience to this often grouchy Film Critic can often prove challenging.

The genius of a lot of Pixar and Disney movies is that they are aimed at two different age groups concurrently. Parents can chuckle at jokes that will sail over their children’s heads. While the kids themselves will be engrossed in the colorful cast of characters and the more slapstick elements. Then we have the truly great family movies that resonate with parents and children for the same reasons. Molly Moon and the Incredible Book of Hypnotism is not one of these films. So it is important to quell any problems I had with hammy acting and glaring plot holes (which there are plenty of both) – and try to see the movie from a different perspective.

Molly Moon tells the story of a girl of the same name who finds a book on hypnotism and uses her newly found powers to improve her dismal life. The movie is filled with traditional storytelling moments that are sure to appeal to a young audience. Such as children living in an orphanage run by a strict headmistress, getting served disgusting fish head soup for dinner and being subjected to the kind of conditions that would usually have social services kicking down doors. The film felt slightly reminiscent of Roald Dahl’s Matilda except with less memorable characters. But the superpower that Molly Moon possesses is sure to capture the imagination of any young children watching as she hypnotizes everyone from the dog to the headmistress. The film manages to cover a lot of ground albeit in a very episodic fashion. There is life at the orphanage, a road trip to London, Molly becoming a famous pop star and a story involving a bank robbery. The movie has a lot of recognizable actors also, Dominic Monaghan, Joan Collins, Emily Watson and Anne–Marie Duff. Not that any of these talents are allowed to act, however, as they are trapped by the film’s cartoonish, often broad style of presentation.

As a viewer of a film that clearly wasn’t intended for me, Molly Moon struggled to retain my interest. Putting aside all of the personal gripes I have with this movie, I genuinely can see kids enjoying it and fantasizing about having the same power to hypnotize people as Molly.

MOLLY MOON AND THE INCREDIBLE BOOK OF HYPNOTISM sparkles its way into cinemas and onto digital platforms from December 2nd, 2016, and onto DVD from December 5th, courtesy of Lionsgate Home Entertainment.