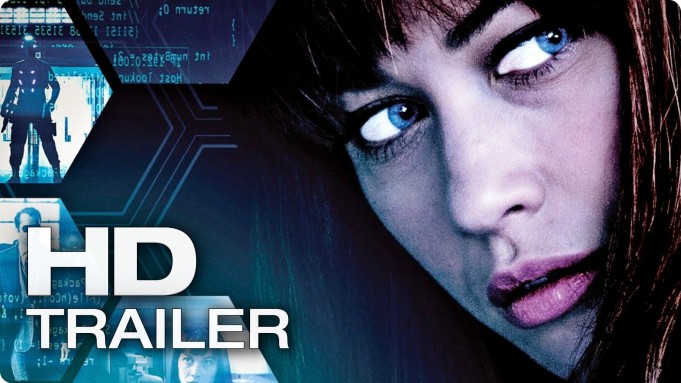 Seeing a female in a leading role as a Femme Fatale should be a good thing right? Fighting off a bunch of men in order to save the world from impending doom should be a blessing.

From the very opening scenes, we witness a very high-tech bank heist, a group of criminals dressed in skin tight suits and masks with voice decoders so you can’t recognise the voices. All sounding distinctly male with the suits looking remarkably like that of Abe Sapien from Hellboy. When things start to get a little strained between the group, the heist takes a turn for the worst when one of the masks is removed to reveal the beautiful Alex (Olga Kurylenko).

Having been seen, Alex goes on the run, obviously, she dyes her very distinctive red hair to a brunette and uses contacts to hide her piercing blue eyes to green. From this point on Alex bears a striking resemblance to Catherine Zeta-Jones, which you just can’t shake from your head, the way she moves, acts everything, seems like Olga has taken her inspiration for her role from Jones in Entrapment.

Not only does Alex now have to go on the run but after witnessing one of her partners in crime being brutally murdered, her life is also in grave danger. Quickly realising the man behind her friends murder has a highly important stake in their heist. An extremely violent game of cat and mouse with the meticulous Mr. Washington (James Purefoy) ensues when he will stop at nothing to obtain a mysterious key that holds the secrets to a political campaign that would ruin his bosses future.  The brutality, the sound effects and visuals for all the violence throughout the film is the most believable and will make you wince and want to look away. The power of suggestion in this film is its plus point.

There lacks any kind of compassion or connection with any of the characters and even the small role Morgan Freeman plays as the politician in a high place with a massive secret, leaves you feeling like you’ve been slapped by a wet fish. It’s just a little mediocre.

Unfortunate for this film is the lack of any originality. Tons of action, yes, but the story is mundane, it’s been told so many times before it just all becomes so predictable and you’ll find yourself clock watching just willing for it to be over.