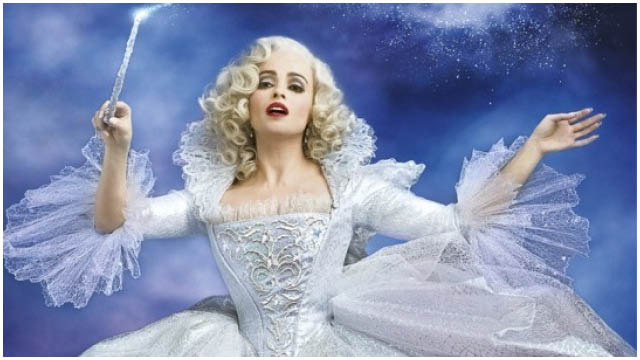 You may think to yourselves how many times can they remake this age-old fairytale Cinderella, well the answer to that is as many times as they like, it always pulls in a nice little earner for the studio’s. It’s a sure-fire money spinner. This film is no different, the 21st century man will not be remotely interested but kids and woman alike will love this.

If you’re not familiar with the story (quite frankly where have you been) Ella (Lily James) loses her mother as a child, She’s the typical Daddy’s girl and adores him, He soon remarries and Ella gains an evil stepmother in the form of Cate Blanchett, who also has two daughters of her own, Anastasia (Holliday Grainger) and Drisella (Sophie McShera). Ella’s father unexpectedly passes away and she finds herself at the mercy of her vain and cruel new family, being treated no better than a servant.  After being renamed Cinderella, she refuses to let her dire circumstances get her down and when the palace sends out an invitation to the whole town to attend a ball, Ella gets her chance with the help of her fairy godmother (Helena Bonham Carter) to attend the ball and dance the night away with her prince charming leading to her life never quite being the same ever again.

The costume department have really outdone themselves on this production, especially on the dresses and the vibrant colours bringing to life an otherwise dull set.  The bright colours seem to represent the more lavish and vulgar characters but when it comes to Ella, the colours seem to be a bit more subtle and girly. Not quite sure what the message is they are trying to portray with this and if it wasn’t visually quite stunning those of us that aren’t your girlie girls could take a bit of offence against that.

As with any fairytale adaptation the acting is slightly over the top and would sit better on a theatre stage but the stand out performance comes from Cate Blanchett as the evil stepmother, this woman really can take any character and pull it off in such a believable manner. She may play evil so well and the facial expressions are key to this but you can also spot a slightly more vulnerable side to her character but hides it brilliantly. Helena Bonham Carter also makes a brief appearance as the fairy godmother, looking well truly glamorous too.

Hats off to Director Kenneth Brannagh, who has come in and actually stuck to the original story so closely, some may come along and say this story portrays the wrong kind of message to our very young girls but why change the way a story was originally told just to fit in with modern-day society. Yes it may not be anywhere near close to real life but it’s a fairytale and every girl has a right to dream of how they should really be treated.

Cinderella is quaint, over acted and extremely corny with a few funny one liners here and there but then why take this too seriously? It is a fairytale after all; we need that corny escapism from time to time.

CINDERELLA IS OUT IN CINEMAS ON THE 27TH OF MARCH.