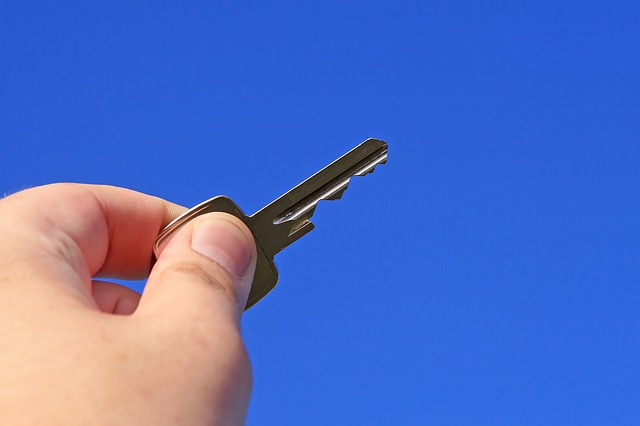 Is your life missing something? Wish you spent more time with your family, your friends, or Friends, the TV show? Switch on Comedy Central to fix that last one.

The others are much deeper problems, and more difficult to solve. But if you’re wondering what caused your life to feel so empty, the Daily Mail has the answer. It’s not Jeremy Corbyn, ‘flaunting’, or refugees’ teeth. It is simply moving house. As a child.

New research published in the nation’s favourite newspaper suggests once you move away from your original happy home, there is no going back.

Trust me, no matter how many times you revisit your childhood home as an adult, pounding your fists on the lawn and crying out for your lost innocence, you will never recapture the warm, cosy feeling you had when you lived there. The only things you will catch are disturbed looks from the new residents as they call the authorities, and a warm but definitely not cosy night in a cell.

How moving house wrecks your emotions

Boston College research says that moves during both early and middle childhood are associated with decreases in children’s social skills and increases in emotional and behavior problems.

Psychology Today has the Daily Mail’s back here. It says “moves are tough on kids and disrupt important friendships.” I don’t know about you, but I would guess that reduced social skills and various emotional problems will not help children replace the ‘important friendships’ that have been destroyed. Psychology Today agrees, reporting that “adults who moved frequently as kids have fewer high quality relationships.”

Clearly, children can lose more than a cowboy doll and a space action figure off the back of a van when they move house; they can also lose friends, and the ability to make friends. And, just to be clear, I’m not talking about the ones you can find on Comedy Central.

How moving house messes up your brain

We’ve established moving house can turn you into a friendless recluse who spends his days blogging for Huffington Post in a desperate bid for approval, but what does it do to your brain?

The Boston College researchers found that every time a child moved house, their reading and maths scores got worse. Logically, this means there is a number of times a child could move after which their brain would completely cease to function. But what do I know? I moved mouse eleventy times as a childling. One example does support my theory though. This Guardian columnist moved house 60 times, and she only learned six things during that period. Frightening.

Does moving actually cause of these problems?

If you didn’t move in your childhood, you may possess the brainpower to wonder if these problems stem from something other than moving. After all, the reason for moving is often traumatic. Divorce, unemployment, or belonging to a travelling circus come to mind. These are all things that would potentially lead to problems later in life, so it’s a good question to ask. But I would ask you this in response: don’t you think the editors at the Daily Mail thought of that? Of course they flaunting did. All of these studies take these things into account, and make sure they only focus on the effects of the actual moving.

How do we stop this happening?

Well, people could stop moving house. But they won’t. People are moving house more than ever. The best we can do is try to make it easier on the kids.

In a bid to alleviate the stress involved in moving house with children, the removals firm AnyVan have delved into the toy hall of fame and surfaced with the chart-topping cardboard box. Fortunately, they have these in abundance, and with their new “box forts” removals campaign, additional boxes can be brought specifically for children to play with in every relocation operation. It’s a simple idea, but keeping children happy throughout the process is highly recommended by the experts.

If your child is far too sophisticated for that, you can try keeping them distracted with a constant stream of babyccinos. That may replace the trauma of moving house with caffeine addiction, but that’s a psychological issue for another article.

For the rest of us, it is much too late. All we can do is confront our parents for the terrible way they wrecked our lives.

If anyone needs me, I’ll be at the circus.