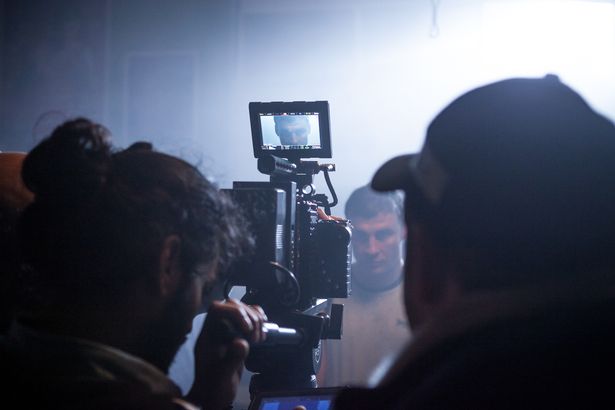 Sporting biographical documentaries are becoming ever more present on our screens right now, what entices the audience to these films, an intimate look behind these sporting figures that are hero’s and held in so much high esteem not only by their adoring fans but also by their fellow professionals in their field. Mr. Calzaghe is no different, the film, directed by Vaughan Sivellchronicles shows the many aspects, highs and lows of Welsh undefeated boxer Joe Calzaghe from his very early career as an up and coming boxer to his life now he has hung up his gloves for good.  The film starts with Joe’s father and trainer, Enzo, once a musician but deciding to give that up to train his son. Never having any experience in boxing himself, he brought his knowledge from his music and applied it to his son’s training. Unorthodox yes, but it damn well worked as Joe was never defeated in the whole of his professional career.

The very essence of this film is ultimately the relationship between Enzo and Joe and the hard work and determination they both put in to make Joe a truly great world champion. How their teamwork built this dream, Enzo pushing his son to the very limits to achieve what he knew he could, detaching himself from being his father to his trainer. Their intimate relationship proves how important it was for the Calzaghe name to become a legendary name in the boxing ring. Even a non boxing fan will be truly sucked in and completely mesmerised with this story and how the film is so nicely edited and structured. We get to hear from different members of Joe’s family who tell a story of a young Joe who was horribly bullied at school and his darker period when he split from his wife to his own son’s oozing with pride over their father’s accomplishments which at a number of points get’s extremely emotional. The one thing about these documentaries, they always humanise it’s subject and we get to see how these great sportsmen really tick, especially when he had to deal with the problems with his hands which threatened to end his career.

The film isn’t all just focused on Joe’s personal life, scattered throughout, which makes a nice switch between scenes, we are greeted with a host of guest stars such as Michael J Fox, Chris Eubank and many more as they relive not only their encounters with the man but also show just how passionate they were about watching this man fight. A really poignant moment in the film came as Joe sat down with a former opponent of his, Mikkel Kessler to re-watch their fight from 2007 in which Joe won. It was extremely touching to see these two hulks of men, laughing and joking with each other and showing just how much respect they have for each other.

Mr. Calzaghe is just another extremely well made biographical documentary which takes the uninterested and turns them on their heels! Emotional, gripping and a truly inspiring film.

Mr. Calzaghe is in Cinemas and on-demand 20th November and Available on Blu-ray™, DVD and Digital Download 23rd November 2015