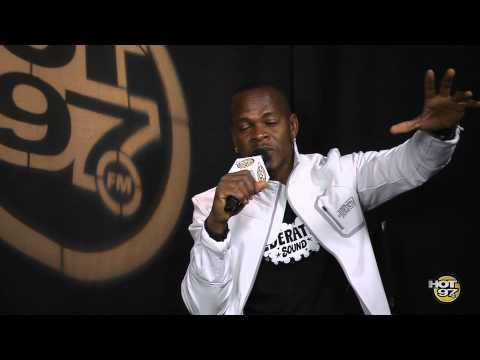 Dancehall superstar Mr. Vegas is currently in pieces after revealing that his girlfriend has been cheating on him. During an interview with Hot97′s Cipha, Rosenberg and Kfoxx to promote his brand new album ‘Sweet Jamaica’, Mr. Vegas broke down in a flood of tears whilst opening up about the affair. “It’s not just me, it’s my little daughter you know,” said the ‘Bruk It Down’ star.

“After having five kids with five different woman, I say this last one I am going to make a family,”Mr. Vegas added. The legendary deejay admitted he has in the past being unfaithful so he understands the phrase ‘what goes around’, however, he was adamant that it was not right for it to unfold around his one-year-old daughter.

The lady in question, Shellian McBayne, has been accused of sleeping with a mystery man in the family home. However, Shellian has since rubbished his claims.

According to Shellian, Mr. Vegas is a twisted ex who refuses to accept that she has moved on with her life. “I was getting ready to come out of his house because I found a man and am happy so mi a bun,” Shellian told Jamaican radio host Ragashanti.

Mr. Vegas is also worried that he may not see his daughter again following the bitter break-up.