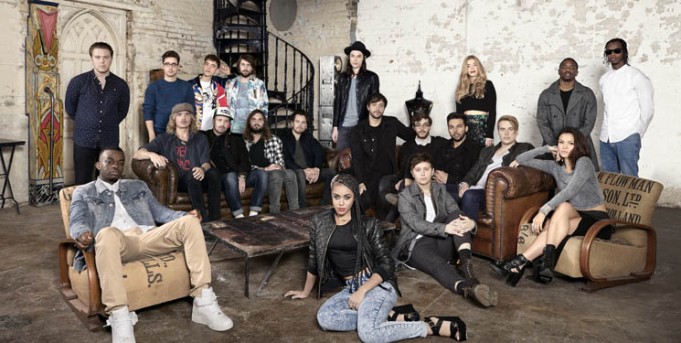 The MTV Brand New 2015 shortlist features the ten biggest acts set to take the industry and charts by storm next year. These are the UK acts ready to dominate the scene next year. Public voting to decide the winner of this year’s competition will open on 1st December. After two months of battling it out to find the winner, MTV Brand New 2015 in association with Emporio Armani Diamonds will host two showcase gigs early next year before the winner is announced on 30th January. Until then, you can catch playlists for each of the artists in the lead up to the January shows on MTV TRAX, the app that you can download completely free by visiting http://www.mtvtrax.com.

Also announced is the MTV Brand New 2015 Unsigned winner, Of Empires. The band was selected out of hundreds of applicants who entered the competition by sending a fifteen second clip of themselves performing via Instagram. The four-piece rock ’n’ roll band evoke vintage tones and attitudes of the late ’60s but with their own modern twist.

“This year has been crazy – we have had the chance to travel to so many places and play to the best fans in the world. Releasing our album was something that we never thought we’d be able to do, and, as songwriters, it was a big moment for us. We hope this year has helped us pave a way into having an even better 2015. We would like to thank MTV for all their support and the love they have shown us!”

“Being chosen as part of the MTV Brand New list presented by Emporio Armani Diamonds was great, I performed at the Showcase at the start of this year and it’s great to be back for the launch of 2015. I’m a big fan of Sinead Harnett, who is on the shortlist this year.”

For more info go to: mtv.co.uk/brandnew